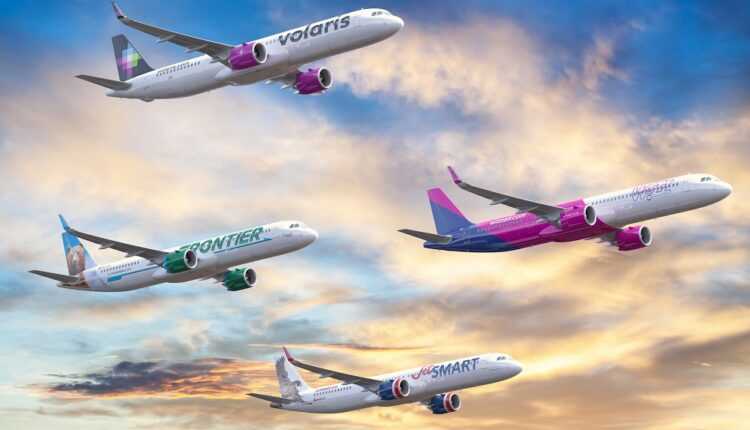 On the first day of Dubai Airshow 2021 came very good news for the great aircraft manufacturer Airbus. Wizz Air (Hungary), Frontier (USA), Volaris (Mexico) and JetSMART (Chile, Argentina), the airlines in the Indigo Partners portfolio, have announced an order for an additional 255 A321neo aircraft. The firm order was signed at Dubai Airshow 2021.

This order brings the total number of aircraft ordered by Indigo Partners airlines to 1145 units in the A320 family. The aircraft ordered are a combination of A321neo and A321XLR, which will be delivered to individual airlines as follows:

In addition to this order, Volaris and JetSMART will convert 38 A320neo aircraft to A321neo from their existing arrears.

The A321neo incorporates next-generation engines and wing-sharklet terminations, which together offer more than 25% fuel and CO2 savings, as well as a 50% noise reduction.

The A321XLR version offers a further extension of the range, thus reaching a height of approximately 8700 kilometers. This gives the A321XLR a flight time of up to 11 hours, with passengers benefiting throughout the journey from Airbus' award-winning Airspace interior, which brings the latest technology in the cabin of the A320 family.

By the end of October 2021, the A320neo family would have registered orders for 7.550 aircraft from 122 customers. Since its inception five years ago, Airbus has delivered more than 1.950 A320neo aircraft, helping to reduce CO2 emissions.