Wizz Air press conference in Iasi, on 3 December / Base and new routes

On 3 December 2015, starting with 10 time: 00, Wizz Air and Iasi International Airport will hold a press conference in Iasi. Wizz Air will make an important announcement for the operations in Iasi and for the air transport market in Romania. 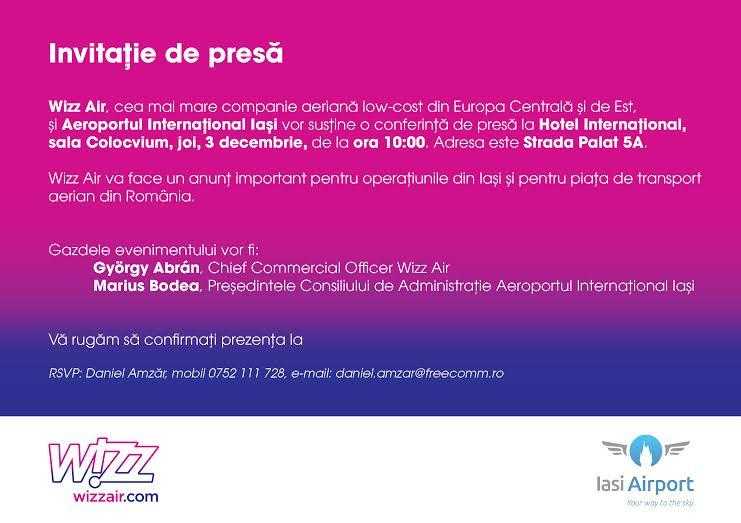 The hosts of the event will be: Gyorgy Adrian, chief commercial officer of Wizz Air, and Marius Bodea, chairman of the board of the Iasi International Airport.

From our information, Wizz Air will open base in Iasi. We are waiting for the day of the conference to find out the exact date, but most likely starting with the 2016 summer season. With the announcement of the base, there are great chances to be announced and new routes departing from Iasi. Some market sources mention that new 5 routes will be launched, most likely to: Bologna (BLQ), Larnaca (LCA), Rome Ciampino (CIA) Tel Aviv (TLV) Catania (CTA). The information appeared on a specialized forum, and the routes were uploaded to the Wizz Air site for 5 minutes, then removed. We cannot confirm the information yet, but we will come back with all the details from the conference.

Until December, what routes do you think Wizz Air will announce for the base in Iasi?

A low-cost carrier wants to fly to North Korea