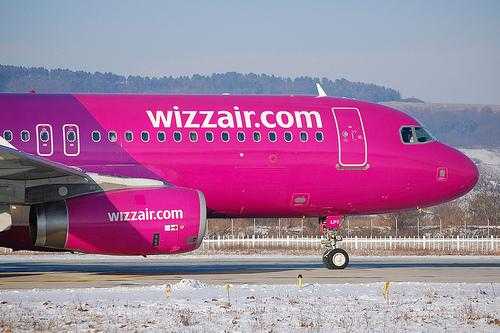 Wizz Air promotion - 20% discount on tickets on May 16

Wizz Air celebrates its 8 anniversary and launches the biggest promotion in the company's history: 8 million seats at just 80% of the rate displayed on the web page.

To celebrate the low fares, profitable operations and the 8 anniversary, Wizz Air will put on sale 8 million places at just 80% of the price listed on the web page for bookings made from today, from midnight to Wednesday, 16 May, midnight. In other words, it is a one-day promotion valid from the first second of 16 to the last and it means a discount of 20%. There are no restrictions on destinations and travel periods, tickets can be used on the current flight schedule.

Starting with 2004, Wizz Air was the first airline to introduce low fares in Central and Eastern Europe, dedicating itself to passengers and tourism growth in the markets where the company is based: Bulgaria, Czech Republic, Lithuania, Poland, Romania, Serbia and Ukraine. . Today, Wizz Air operates a fleet of 37 of new A320 aircraft that have carried over 12 millions of passengers in the last 12 months. The company offers low fares and services to / from 76 destinations and over 220 routes in Europe.

Four planes could not land at Otopeni airport