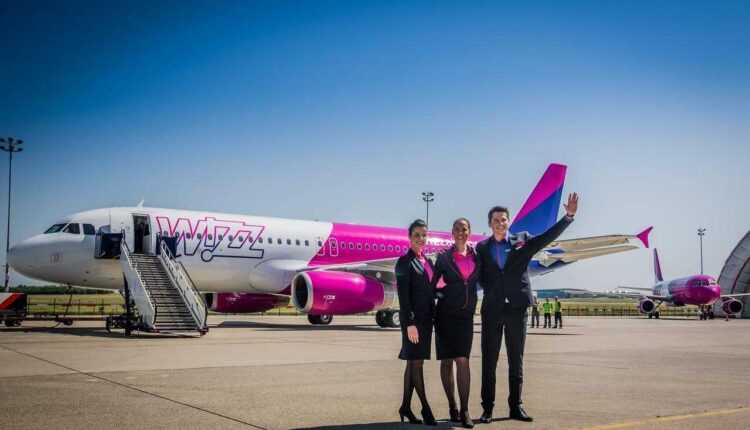 Wizz Air resumes flights on the route Bucharest - Dubai, this time to DXB

Unfortunately, the COVID-19 pandemic continues to cause casualties among the population, and the authorities are tightening travel restrictions. Meanwhile, airlines are trying to optimize their operational network to meet demand, but at the same time seek not to fly empty planes.

Wizz Air is still playing with routes / flights, but it is not their fault that the authorities update the restrictive measures frequently. This means that many flights have been canceled and some routes have even been suspended. Among the suspended routes is and Bucharest - Abu Dhabi, which was announced with great pomp in the summer of 2020, but immediately the flights were stopped. Moving operations to Abu Dhabi, Wizz Air gave up Bucharest - Dubai for reasons that are easy to understand.

But here's how, the beginning of the year 2021 comes bundled with the new route Bucharest - Dubai, this time to DXB. It will be a seasonal route, which will start on February 12, 2021. According to the Wizz Air reservation system, the flights will be operated until April 14, 2021, when there are hopes to resume the Bucharest - Abu Dhabi flights.

There will be 2 weekly flights on the route Bucharest - Dubai, on Mondays and Fridays, according to the schedule below.

In addition to this route, Wizz Air also announced the routes Dubai - Sofia (January 12) and Dubai - Budapest (January 13). Tickets can be purchased on the website wizzair.com.

Traveler's horoscope in 2022. See which destination suits you according to your zodiac sign!

Travel conditions in Dubai: 2 negative COVID-19 PCR tests, one before the trip and one on arrival in Dubai