Launched in January at the Dubai Airport, the photo exhibition “Women in aviation"Made a stopover" in Bucharest, being hosted by Henri Coandă Airport during the period 8-24 March, after which it will continue its aeronautical journey, for 3 years, at other airports in the world, the following being Moscow and Vilnius. 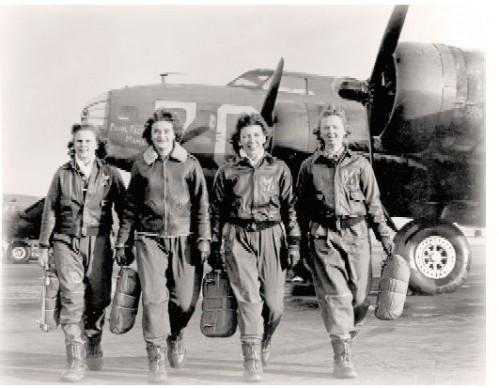 Boeing 747 British Airways and Red Arrows, a show at RIAT…

Inauguration of the international exhibition Women in Aviation at Henri Coandă Bucharest International Airport was the best meeting place for the representatives of the female segment of Romanian aviation. And, since the National Airports Company of Bucharest celebrates, in March, the woman, this year, the tradition has expanded by hosting an event with international renown.

The opening of the exhibition "Women in aviation" could not have taken place on another day, with a greater symbolism for women, than the day of 8 March. Thus, six panels with images and information from the history of international aviation (brief presentations of important women in international aviation, information on the development of the aviation industry during the last 100 years) and three other panels presenting the female reference points in Romanian aviation, such as be Elena Caragiani, Marina Ştirbei, Smaranda Brăescu occupied the new Departures Terminal of the AIHCB.

Also, with the support of the Bartoc Foundation were presented documents, photographs and medals that belonged to the famous aviators.

On the weekend, if you are traveling through Henri Coanda Airport, do not miss the exhibition.