Xiamen - Amsterdam with Xiamen Airlines, from 26 July to 2015 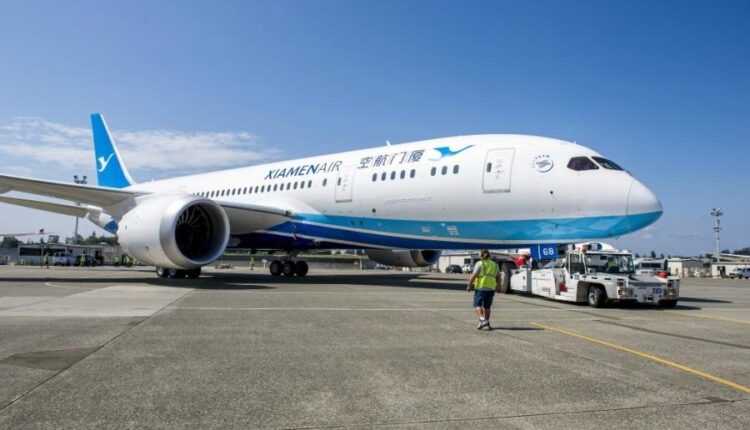 Xiamen - Amsterdam with Xiamen Airlines, from 26 July to 2015

By Sorin Rusi Last updated NEVER TUESDAY. , NEVER
1 316
Share
Delayed plane? Flight canceled? >>Claim compensation now<< for delayed or canceled flight. You can be entitled to up to € 600.

It's official! Xiamen Airlines will open the route Xiamen - Amsterdam starting with 26 July 2015. On 3 February, I have announced the intention of this airline from China, and now we confirm it.

From 26 to July 2015, Xiamen Airlines will operate 3 weekly flights between the Xiamen-Gaoqi base and Schiphol-Amsterdam Airport. According to airlineroute.net, the flights will have the following schedule:

As we announced since February, the flights will be honored with Boeing 787-8 Dreamliner aircraft, all configured to accommodate 4 passengers in First Class, 18 in Business Class and 215 in Economy Class. Xiamen Airlines currently has 3 Dreamliner aircraft in the fleet.