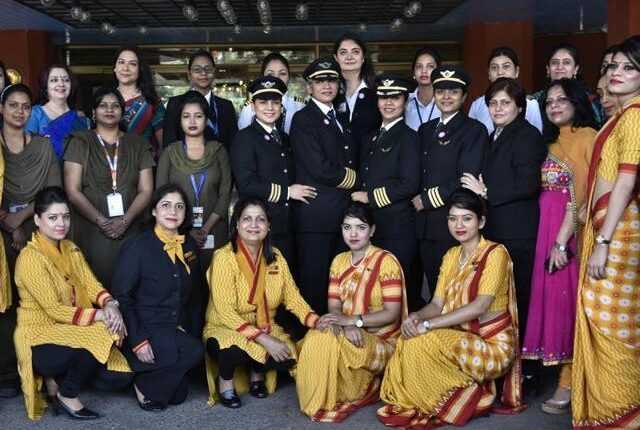 To celebrate International Women's Day, Air India has decided to leave its longest flight in women's hands. On the AI173 Air India flight, which was operated on 6 March 2016 between New Delhi and San Francisco, a 100% female crew was used. It consisted of 4 female pilots and 10 on board companions. 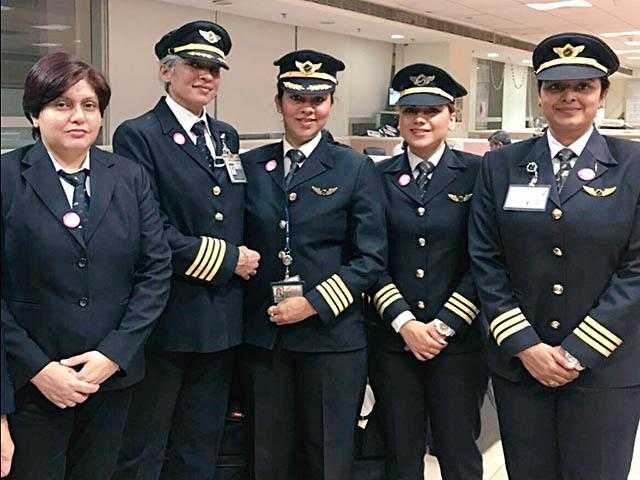 The aircraft Boeing 777-200LR took off at 02: 35 from New Delhi and landed at 06: 00 in San Francisco. This is the world record for the longest flight operated by a 100% female crew. Moreover, all the preparations for the AI173 Air India flight were managed by women: air control, ground operations, etc. 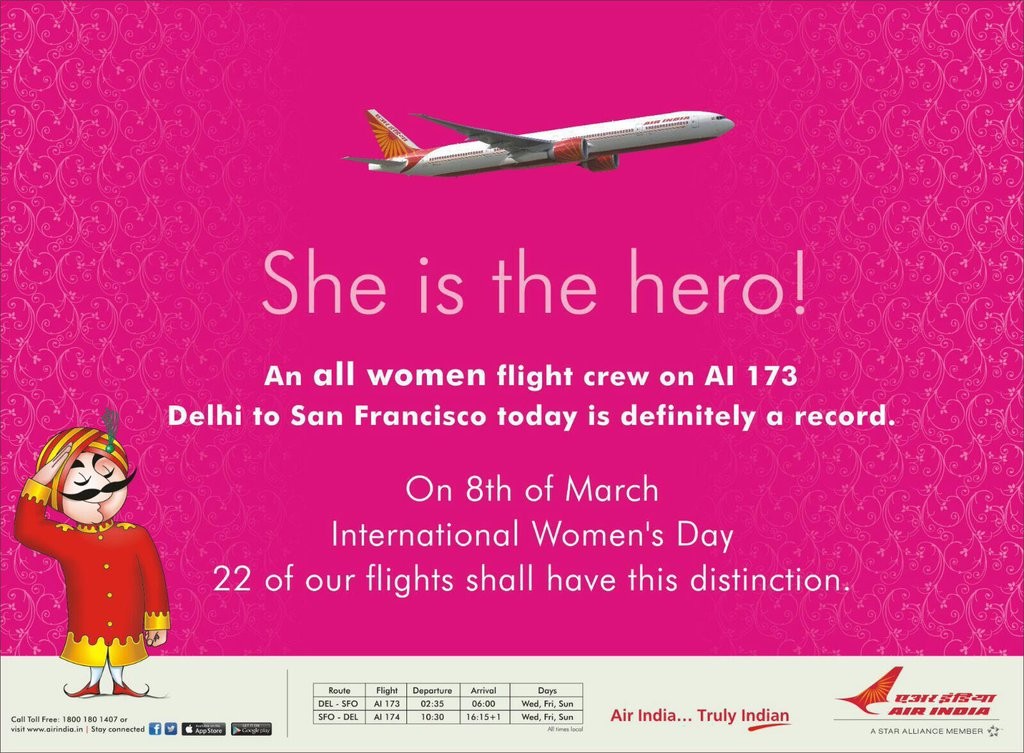 On March 8, Air India plans to operate 22 flights with 100% female crews. With all these successes, Air India will enter the record book.

The New Delhi - San Francisco route was inaugurated on December 2, 2015. It is operated without competition, using Boeing 777-200LR aircraft. There are weekly flights (Wednesdays, Fridays and Sundays) operated after the following schedule: AI flight 173 will take off from Delhi (DEL) to 02: 35 and will land in San Francisco (SFO) at 06: 00; return flight AI 174 will take off at 10: 30 from San Francisco and arrive in Delhi around 16: 15, the next day.

[Ryanair offer] 25% discount on air tickets for Italy and Greece