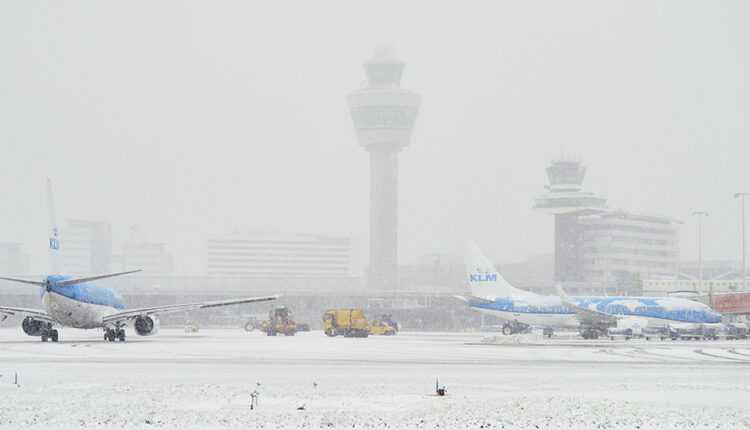 Dozens of flights were canceled in the Netherlands due to unfavorable weather conditions.

Dozens of flights were canceled, delayed or diverted to Amsterdam Schiphol Airport due to heavy snow. Into the period 6-8 February 2021, was issued a code red snow, frost and blizzard, forerunner Darcy's snowstorm.

No plane could take off or land, the only usable runway being Kaagbaan (06-24), which had to be cleared of snow. Although the snow plows run on the runway, they cannot be used for a while and as a result, several planes had to wait to land or were diverted to Paris, Frankfurt or Luxembourg.

Eindhoven Airport was also affected by bad weather and low temperatures. The statement issued by the regional airport on Twitter announced that all flights were canceled until this morning, at 07:00, due to heavy snow, and the flights that were to land were redirected to the airports in Cologne or Bonn.