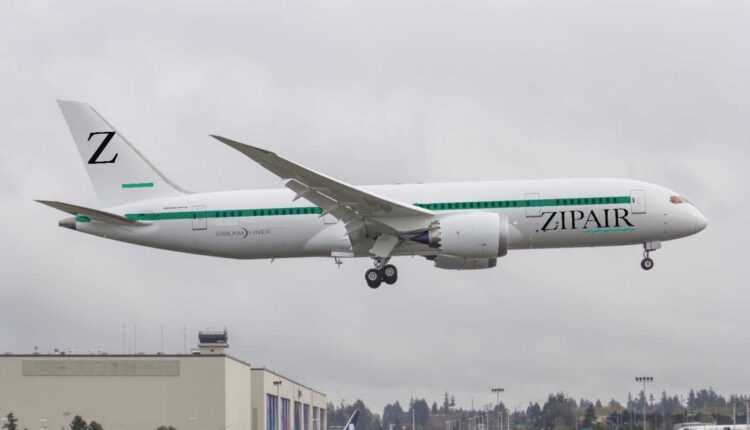 ZIPAIR Tokyo is a new subsidiary of Japan Airlines (JAL). Due to the pandemic with the new coronavirus, ZIPAIR Tokyo postponed the launch of passenger flights, but debuted as a cargo carrier.

But now it's time to start operating passenger flights. From October 16, ZIPAIR Tokyo will fly twice a week, on Tuesdays and Fridays, on the route Tokyo Narita (NRT) - Seoul Incheon (ICN). The flights will be honored with the Boeing 2-787 Dreamliner aircraft.

According to data provided by OAG Schedules Analyzer, the Tokyo-Seoul market is already crowded. Currently, six airlines operate between NRT and ICN and one between Tokyo Haneda (HND) and Seoul Gimpo (GMP).

However, the travel restrictions imposed lead to a much lower capacity compared to the pre-pandemic period. Currently, there are 24.000 places per week offered between the two cities, compared to about 105.000 a year ago.

Passenger flights between NRT and BKK are still being planned, and ZIPAIR said the start date and schedule will be announced as soon as they are confirmed.

At the same time, the international press also mentions the intention of ZIPAIR Tokyo to fly from Tokyo to Honolulu Daniel K. Inouye International (HNL), but nothing has been established yet.

The risk of getting COVID-19 infection in an airplane is 1 in 27 million passengers.