By Sorin Rusi Last updated NOT ANYONE. , NEVER
2 549
Share FacebookTwitterPinterestLinkedinWhatsApp
Delayed plane? Flight canceled? >>Claim compensation now<<for delayed or canceled flight. You can be entitled to up to € 600.

Update 23 June 2016: Looks like TAROM won't be lucky, but Iran Air. And others have taken us before!

On 20 June 2016, Bombardier announced a new firm order. This was posted by a client, who wanted to remain anonymous, and includes 10 CRJ900 NextGen aircraft. Calculating the list price, the contract value amounts to 472 million dollars.

The Bombardier CRJ aircraft family is praised and has contributed to the development of regional markets. Over 100 of airline operators and owners have CRJ aircraft in the fleet. CRJ's global fleet has totaled over 43 million flight hours. 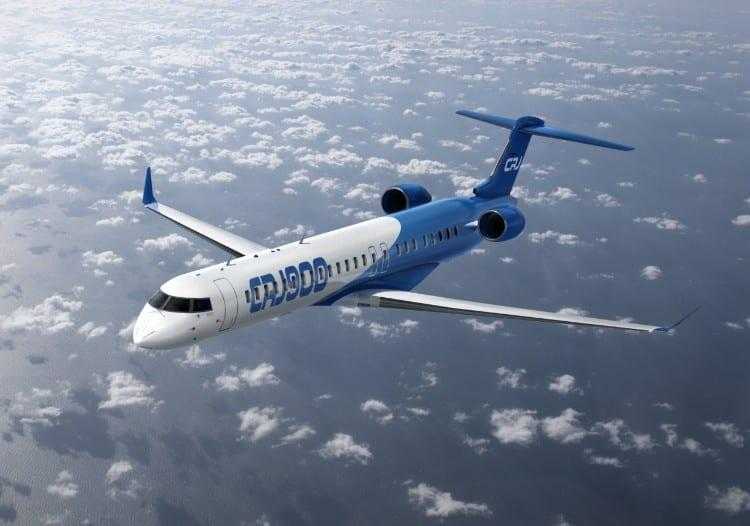 With the new order, the CRJ Series aircraft family has totaled orders for 1902 aircraft, of which 428 are CRJ900. According to the data sheet, the CRJ900 plane can carry between 76 and 90 passengers. It is considered a regional aircraft because it has a flight range of up to 2900 kilometers. For operation, it needs a runway of 1950 meters for takeoff and 1650 meters for landing.

When such orders appear, we always ask ourselves who the customer is. Can be anyone and yet some rumors say it would be TAROM. Some insinuations also appeared http://forum.fly-ra.com/. If we take into account the information released yesterday, in which it is said that TAROM will abandon ATR aircraft, then the coincidences increase.

On 22 June 2016, two days after the order confirmed by Bombardier, The government approved the revenue and expenditure budget of TAROM. But this approval also comes with some mentions. It provides for the replacement of ATR42 / 72 aircraft with jets, as well as the sale of Airbus A310 aircraft. Who will buy the unprofitable A310? But let's get over it and go back to the jets. Is it CRJ900 NextGen Bombardier? Was everything just a coincidence?

Dubai - Vienna with Airbus A380 Emirates