SkyTeam Alliance operates approximately 14.500 daily flights to 926 from destinations in 173 countries. The fleet numbers about 3,450 aircraft. Millions of passengers are transported annually over 480.

OneWorld was founded in 1999 by American Airlines, British Airways, Canadian Airlines, Cathay Pacific and Qantas. The slogan of the alliance is "Oneworld revolves around you". Head offices, Oneworld Management Company, are in New York. The alliance enjoys an average rating of 3.73 stars, on all the affiliated airlines, a chapter that SkyTeam and Star Alliance beat, which have an average 3.19 and 3.29 rating on the affiliated airlines.

Currently, Oneworld is made up of 12 full-fledged airlines: American Airlines, British Airways, Cathay Pacific, Finnair, Iberia, Japan Airlines, LAN, Qantas, Royal Jordanian, Air Berlin and S7 Airlines. To these are added 25 by affiliated members. As usual, there are 3 operators who were part of the alliance: Aer Lingus (voluntarily left the alliance in 2007, but wants to return), Canadian Airlines (bought by Air Canada - Star Alliance member) and Malev (bankruptcy) announced at the beginning of the year 2012). In the near future, there are chances for other 5 airlines to join Oneworld.

According to the latest updates, the OneWorld Alliance means approximately 2400 aircrafts operating to approximately 800 of airports across 145 countries. About 288 million passengers are transported annually. 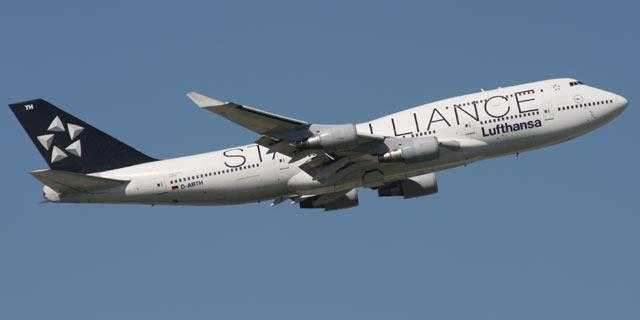 Star Alliance is the first and largest alliance of airlines in the world, launched at 14 May 1997. It is headquartered near Frankfurt Airport. Star Alliance formation has triggered the formation of other airline alliances, such as Oneworld and SkyTeam.

7 members left the alliance for various reasons: Spanair went bankrupt at the beginning of 2012, Mexicana joined OneWorld in 2009, bmi merged with International Airlines Group - affiliated with British Airways and Iberia, OneWorld members. In the near future, other 5 operators are preparing to join.

Star Alliance joins a fleet of over 4000 aircraft operating to 1290 from airports in 189 countries. About 990 million passengers are transported annually.

It is a Russian air alliance. It was founded in 2005 by the Abramovici brothers - Boris Abramovici (CEO) and Alexandru Abramovici (president), but without any ties to Roman Abramovici. The Alliance counts 5 Russian airlines: KrasAir, Domodedovo Airlines, Omskavia, Samara Airlines and Sibaviatrans. The fleet size is 100 aircraft. The Alliance provides flights to 13 countries and 134 destination airports in Russia, Asia and Europe.