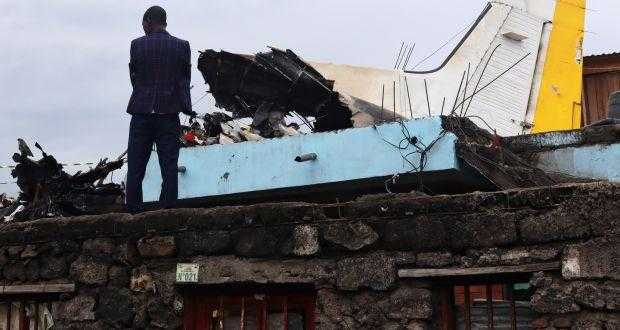 By Sorin Rusi Last updated NEVER Nov , NEVER
0 369
Share
Delayed plane? Flight canceled? >>Claim compensation now<< for delayed or canceled flight. You can be entitled to up to € 600.

Today, November 24, 2019, a tragic plane crash took place in Congo. A Dornier 228-201 plane, owned by Busy Bee Congo, crashed shortly after takeoff. The plane was to operate the flight on the route Goma - Beni.

The aircraft missed take-off and crashed over the houses in the Birere region, south of the Goma airport. According to information provided by local authorities, there were 17 persons on board. Unfortunately, there were victims on the ground as well. The number of victims reached 29, 17 aircraft occupants and 12 ground persons. Among the victims are some local politicians.

#Urgent: Crash of a small carrier of the Busy Bee Company in Goma, Birere neighborhood, Mapendo Avenue this Sunday 24.11.2019. The balance sheet is not yet known. pic.twitter.com/UAyz0mfFne

The Dornier 228-201 aircraft (9S-GNH) was 35 years old and 7 months old. He operated the first flight on 6 May 1984. It is premature to talk about the causes that led to the accident. Local authorities are conducting field investigations.

Silhouette of an airplane, realized by the synchronization of 800 by drones (video)

QF7879 flight operated by Qantas, on the London - Sydney route, in figures