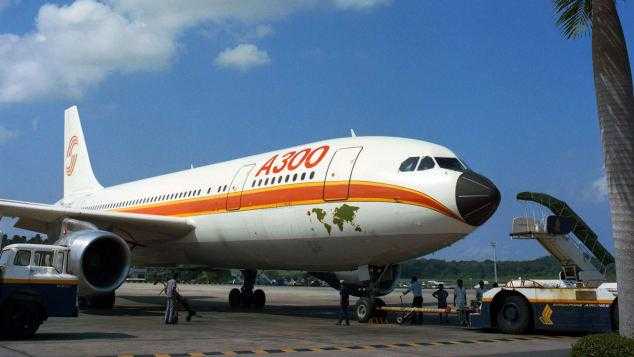 By Sorin Rusi Last updated NOT ANYONE. , NEVER
0 410
Share FacebookTwitterPinterestLinkedinWhatsApp

This year, over 4 billion passengers will take the plane and enjoy flying to different destinations around the globe. Most will travel by Airbus or Boeing, the largest manufacturers of commercial and civil aircraft.

While Boeing, the world leader, has a tradition of over 100 years in aviation, Airbus recently turned 50 years old. For half a century, the two giants have dominated the commercial aircraft market.

After World War II, American companies dominated the aviation industry. That is until the years ”60, when a consortium of European producers came together to meet a challenge. It was called Airbus Industrie.

At 29 May 1969, at the Paris Motor Show, a historic agreement was signed between the French Minister of Transport, Jean Chamant, and the German Minister of Economic Affairs, Karl Schiller.

The challenge was to build a wide-body aircraft to be equipped with 2 jet engines. That's how Airbus A300 was born, the model that propelled Airbus Industry into the top aircraft manufacturers.

A300 could carry up to 270 of passengers over a distance of up to 2200 of kilometers. It was a plane dedicated to short and medium flights. And because it only had 2 engines, the operating cost was much lower compared to the American Lockheed L-1011 TriStar and McDonnell Douglas DC-10 models, which were equipped with 3 engines.

The plane that powered Airbus Industrie

Another notable advantage was cargo. Being a wide-body aircraft, the main deck was higher compared to other competing aircraft, and the cargo area was generous. Thus, A300 was a versatile aircraft. It could carry passengers and goods, increasing the operational profitability.

The A300B was unveiled to the public on September 28, in a joint ceremony with another legendary aircraft - Supersonic Concorde. Airbus A300B operated the first flight in October, and Max Fischl and Bernard Ziegler were on the run. The adverse weather conditions have put their courage to the test.

The A300 model enters the commercial service with Air France, in 1974. In the beginning, sales were slow and there was a risk that Airbus Industrie would disappear from the market. The aircraft with 3 engines had the supremacy in aviation.

The rescue of Airbus came from the American airline Eastern Airlines. In 1977, it leased 4 A300 aircraft for the duration of 6 months. They were so pleased that they bought and ordered another 19 A300 aircraft.

Legendary aircraft were derived from the A300 / A310 models. One is A2 Zero-G, an aircraft used for astronaut training. The second is Airbus Beluga, which was built on the A300-300T platform.

Currently, multiple technologies are being developed by Airbus, but all based on A300. Here are 50 years gone by Airbus delivered 12 000 aircraft commercial with one or two lanes. And the history of Airbus continues!