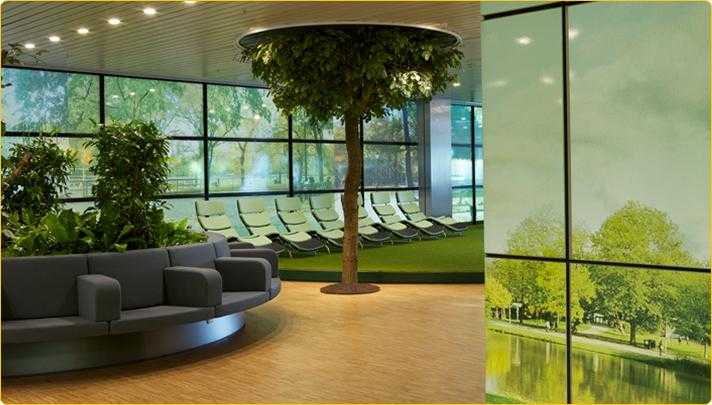 Last summer, in May-June, Amsterdam's Schiphol Airport celebrated the opening of the world's first green terminal - Airport Park. It has redefined the waiting space. From my point of view, airports are true works of art through their architectures, but also through different elements specially created for passengers. Some airports have become real tourist attractions.

To my delight, in June 2011 I was in this terminal. I didn't realize then that it was new, but he managed to leave me with his mouth shut. There was a lot of quiet, the sounds of waterfall and birds relaxing the atmosphere. The passengers present were restless wherever they wanted. There were wooden tables and chairs, benches, places where you could even lie down.

Airport Park Schiphol it is a real park in the middle of a technological empire. Passengers can come to rest in the middle of a variety of trees and other plants. Once you enter the Airport Park area, you are greeted by an 130 tree for years - which was relocated here because it was endangered in its natural environment.

And this is not all. The terminal also has a beautiful green terrace, adorned with many plants and trees. You can watch the planes, enjoy the quiet and even work (there is the internet). 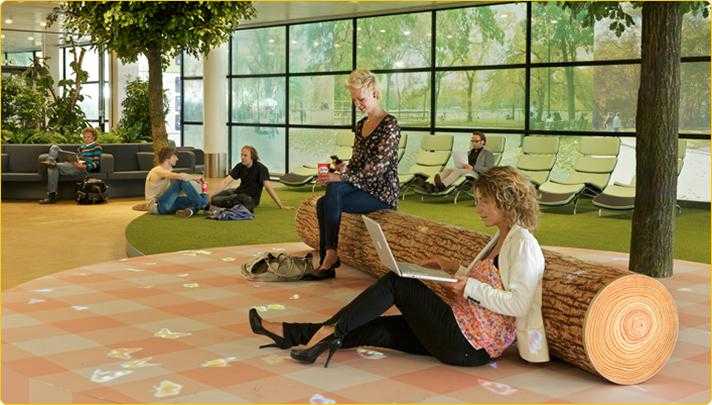 One thing I did not like, the fact that the original is combined with the fake. There is a mix between natural plants and landscapes painted on the terminal walls. Some joints were uninspired.

Anyway, it is worth visiting. If you get on Schiphol - Amsterdam, don't miss Airport Park, but be careful not to miss the plane :).

Wizz Air promotion - 20% discount on tickets on May 16