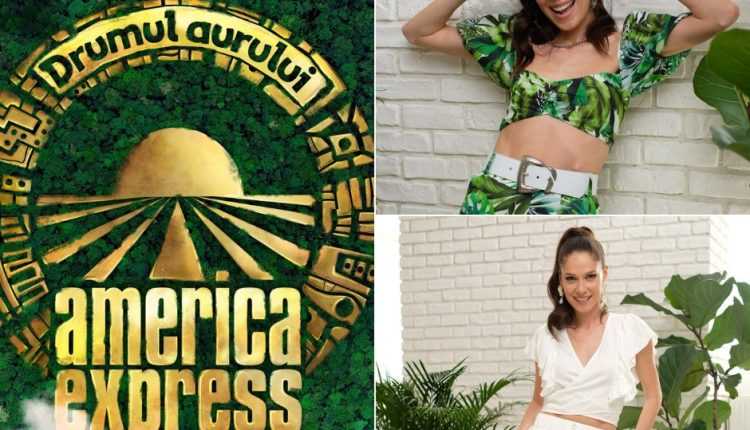 Major change in the format of the adventure show Asia-Express, one of the most watched reality shows on Antena 1. In the new season, the number five, the show produced by Mona Segall will become America Express, announces Antena 1.

Thus, in the new season America Express, named the Golden Road, will take 9 pairs of stars by Mexico, Guatemala and Colombia, on a route that spans over 7000 kilometers.

"The stars of the new season are following in the footsteps of the conquerors and will discover the colors and spices of Mexico, explore the temples of Guatemala and decipher the mysteries of Colombia. The rules are already well known: they have a dollar a day, they have to find food, accommodation and transportation on their own, they have to cross cultural and linguistic barriers, they have to step out of their comfort zone and go beyond their physical and mental limits. to reach the supreme amulet of 30.000 Euros, the grand prize at the end of the race ", announces Antena 1.

A new element will be the Jocker, for which it will be played in the first episode of each stage. The fifth season of the show will be presented by Irina Fodor who, as before, will be with the competitors step by step, will coordinate them, will offer them missions, but also the coveted immunities. The stories about the spectacular places where all this adventure will take place will be brought further by Oase and Marius Damian. Filming for America Express - The Golden Road will start this month, Antena 1 announces.

Filming for the fifth season America Express - The Golden Road will begin this month. Viewers and fans of the Antena 1 reality show will be constantly kept up to date with what is happening there both on TV and online, on a1.ro, in the section Journal of Asia and on the show's social media accounts.