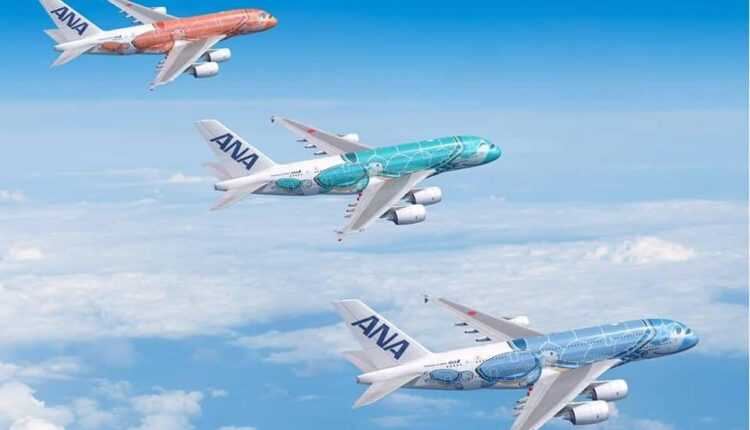 The characteristics of the first Airbus A380 ANA were presented

On April 25, ANA (All Nippon Airways) presented the features of the first Airbus A380. As we have announced in other articles, the first ANA double-decker aircraft will fly on the Tokyo - Honolulu route.

All Nippon Airways (ANA), the only 5 company Skytrax stars in Japan, presented the characteristics of the first Airbus A380, which will be received in the spring of 2019.

This aircraft will be introduced on route Tokyo - Honolulu, and each cabin will be specially designed to meet the needs of passengers on this route. Among the Japanese, Hawaii is a popular destination for young people in marriage.

Characteristics of the first Airbus A380 ANA

In 2017, when it announced its intention to introduce an A380 to Honolulu, ANA chose the blue color, a tribute to the color of the Hawaiian sky. Today, ANA has announced another 2 colors: green and orange.

And they are not chosen at random. The emerald green is inspired by the waters of the ocean, and the orange is a reference to the beautiful Hawaiian sunset. And to highlight the 3 colors and color schemes, ANA drew characters. The blue livery is called "Lani"(Heaven), the green one is called"Kai"(Ocean), and the orange is called"The case" (sunset). 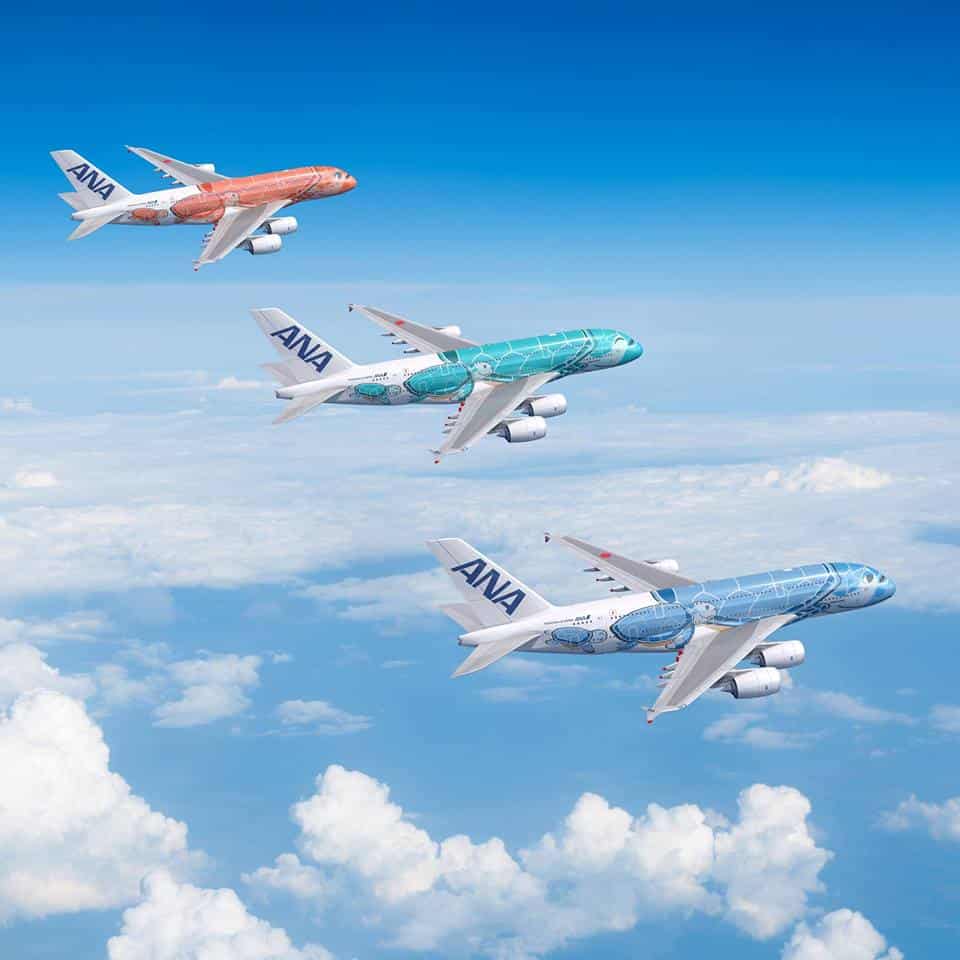 Airbus A380 ANA will transport up to 520 passengers

To ensure the perfect trip, ANA has designed each cabin to meet a range of needs for passengers of all ages. For example, on the upper deck, ANA introduced 8 First Class seats, 56 Business Class seats and 73 Premium Economy seats.

With the introduction of the Airbus A380 aircraft, ANA will provide access to First Class on this route. The aim is to provide passengers with a luxury experience on board. Each seat has its own door and gives passengers the privacy they need to enjoy their personal space.

Business Class ANA is a popular choice for those who choose to travel on a honeymoon or on a family vacation. It offers an 2 = 4 = 2 arrangement, and passengers can travel 2 as many as 2 and have quick access to the aisle.

Related to Premium Economy, the new A380 will offer 73 seats, allowing more passengers to experience the premium features. The main deck will have 383 seats at Economy Class.

The cabin interiors have also been designed for passengers to enter the Hawaiian atmosphere from boarding. The walls and lights were set to illustrate Hawaii's blue sky, sunrise, sunset, night sky and rainbow.

ANA has also created a new concept called "ANA HAWAii". By rotating the two "ii" to 180 degrees, they turn into 2 exclamation marks. This symbolizes the many emotions that passengers can experience on ANA flights, on the route Tokyo - Honolulu. The Japanese carrier has announced that it will also open a business lounge at Daniel K. Inouye Airport, Honolulu.

We remind you that in March, the main components of the first A380 ANA arrived at the Toulouse assembly line.