By Sorin Rusi Last updated NEVER Nov , NEVER
0 704
Share FacebookTwitterPinterestLinkedinWhatsApp
Delayed plane? Flight canceled? >>Claim compensation now<< for delayed or canceled flight. You can be entitled to up to € 600.

Better said: Austrian Cyber ​​Monday. Austrian Airlines has launched a new promotional campaign, which is valid from today, 25 November, through Monday, including 28 November 2016.

Using the code "CYBER16", You can benefit from 15 discount on long-haul flights from Europe to the US, Canada and Asia. The promotion only applies to Economy Class air tickets.

The discount is valid for flights between 25 November 2016 and 31 March 2017. Tickets must be purchased from the website www.austrian.com. 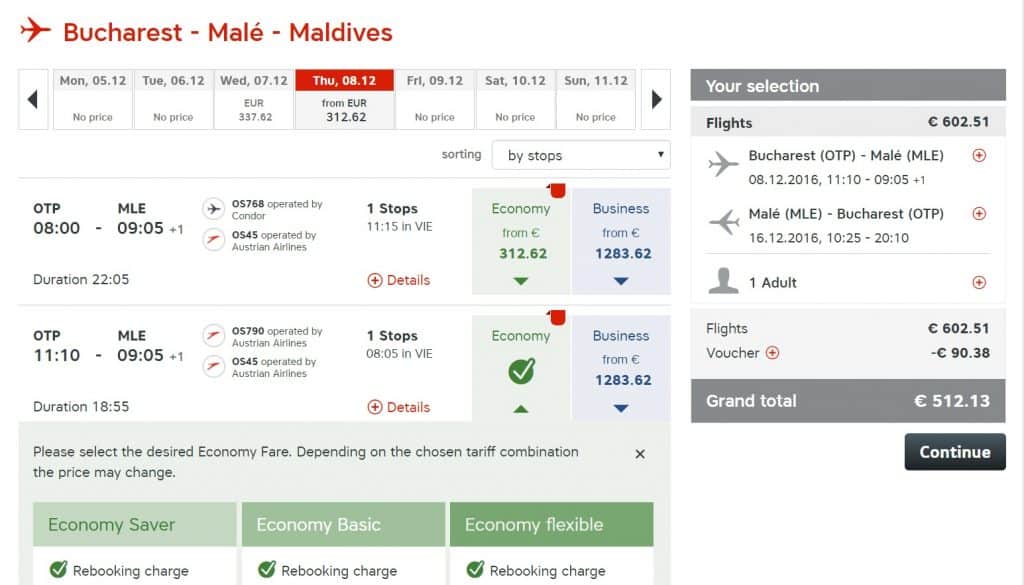 I also did a simulation on the route Bucharest - Male, Maldivesand the price found is 512 EURO for round trip flights. The discount was 90 EURO.