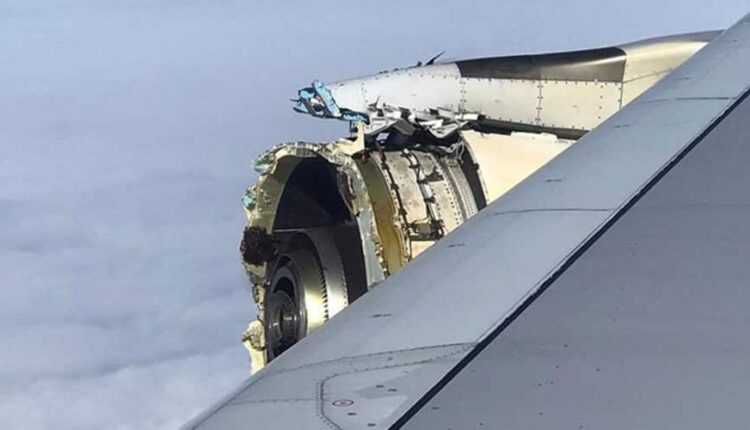 A less common aviation incident took place today on AF66 flight. The 4 engine of an Airbus A380 Air France lost its intake cap, leading to an unplanned landing in Canada.

By Sorin Rusi Last updated NOT ANYONE. , NEVER
0 1.172
Share FacebookTwitterPinterestLinkedinWhatsApp

UPDATE 1.10.2017: The aircraft safely landed at 15: 42 (GMT) / 18: 42 (Romania time), and the pilots and cabin crew trained and prepared to deal with unforeseen incidents completed the landing procedure without problems.

After landing, the passengers were assisted by teams sent to the location and are to be transferred to their final destination, Los Angeles.

To ensure that all 497 passengers on the AF066 flight arrive at their destination, Air France immediately decided to send two aircraft to take them. During this morning, a Boeing 737 chartered by Air France for pick-up and an Air France Boeing 777-300 aircraft were able to transport passengers to their final destination.

Currently, Air France, together with the French Aviation Accident Investigation Bureau (BEA) and the aircraft manufacturer Airbus are investigating the causes of the incident.

We remind you that the aircraft Airbus A380 Air France, which operated the AF66 flight on the route Paris - Los Angeles, landed in emergency in Goose Bay, Canada. This was due to the 4 engine decay.

4 engine, a Engine Alliance GP7200, lost the intake cap. Following the incident, pilots made the decision to land at Goose Bay, Canada. At 15: 42 UTC was safely landed on the 26 runway.

Goose Bay Airport, Canada (YYR) is the first alternative and approved airport to take an Airbus A380 in the event of an emergency on the North American continent.

The 4 engine of the Airbus A380 Air France aircraft

After landing, ARFF reported damage to the wing edge above the 4 engine. In addition, the 4 engine housing has disintegrated. The photos seem to show that the entire fan is missing.

The aircraft involved is of the type Airbus A380 with registration (F-HPJE). It's a young plane, only 7.4 years old. It was delivered in May 2011. It is configured in 4 classes: 9 seats in First Class, 80 seats in Business Class, 38 seats in Premium Economy and 389 seats in Economy. Propulsion is provided by 4 Engine Alliance GP7200 engines.

Following the incident, no casualties were reported! Another proof that you should not panic in such situations. Even with a damaged engine, the aircraft could be safely grounded.