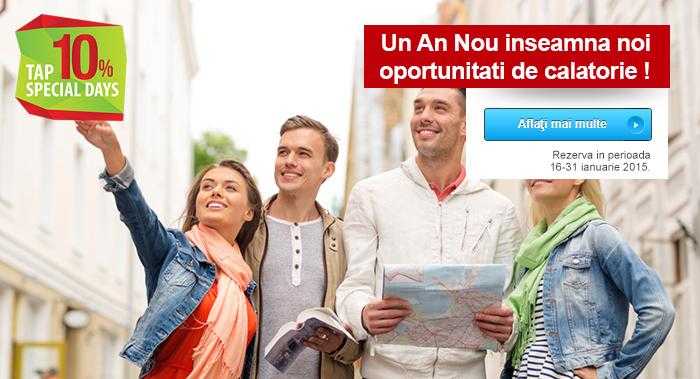 [TAP Air Portugal offer] Lisbon from the 118 €, Toronto from the…

10% discount applies to the final price (with taxes included).
To receive the discount you must enter the code RO0115 in the box "Promotional code".
The promotional code is only valid for bookings made on flytap.com in period 16-31 January 2015.
The travel period for the above destinations is between 16 February and 15 May & 1 October - 15 December 2015 (except for the interval between March 20 and April 12 2015).
The promotion is applicable on TAP / Portugal flights (rates: tap | discount, tap | basic, tap | classic, tap | plus and tap | executive).