On 9 March 2016, at 05: 35 local time of Romania, will be held a total eclipse of the sun. It will start in the Indian Ocean, move south to Sumatra, then through the center of Sulawesi, to continue over the small islands of Indonesia. Then its course will be just across the Pacific Ocean.

For this stromal phenomenon, Alaska Airlines has agreed to modify the 870 flight plan, which will fly with a delay of 25 minutes from Anchorage to Honolulu. 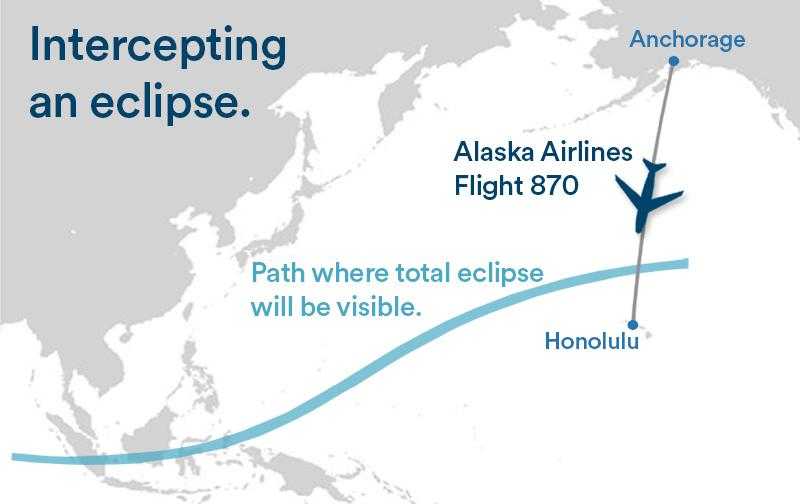 Joe Rao is an astronomer with experience in tracking solar eclipses. After some calculations, he noticed that 870 Alaska Airlines flight is best suited to track this phenomenon. He will be one of the twelve astronomers aboard the aircraft Boeing 737-800 Alaska Airlines and, along with 163 passengers, will be able to track the total solar eclipse from 11200 meters altitude.

According to calculations, the aircraft will fly at 850km / h at an altitude of 11200 meters, and will intercept the eclipse at 1100 kilometers north of Honolulu. For those on the plane, starting at 17:35 (March 8 - local time), the sun will be completely covered for 1 minute and 53 seconds. It will be a unique experience for the passengers of flight 870 Alaska Airlines, an experience also experienced by the passengers of the flight LH435 (Chicago O'Hare - Munich), but in March 2015.