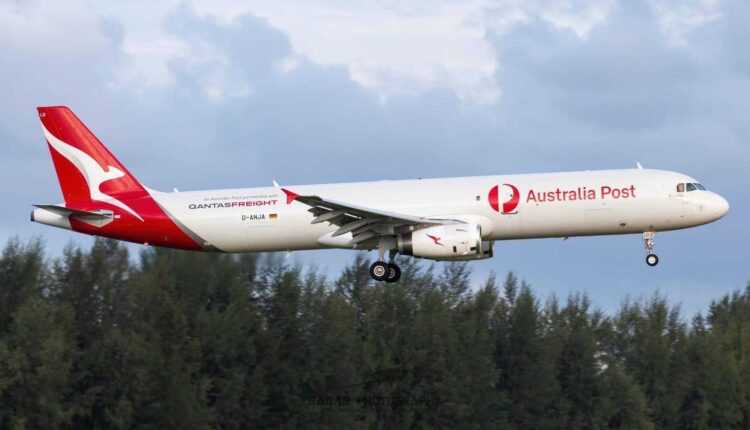 By Sorin Rusi Last updated TUESDAY , NEVER
0 259
Share
Delayed plane? Flight canceled? >>Claim compensation now<< for delayed or canceled flight. You can be entitled to up to € 600.

The first plane Airbus A321P2F, who was caught performing a test flight, is ready to enter the operational service under the colors Qantas Freight.

The first Airbus A321P2F Qantas Freight (passenger-to-freighter aircraft) took off for a test flight on August 30, 2020. The aircraft departed from Seletar Airport (XSP) to perform several maneuvers in flight and landed at the airport of departure .

The Airbus A321P2F was transformed from a passenger plane into a cargo plane, as part of a conversion program launched by two aerospace companies, ST Aerospace Singapore and Elbe Fleugzeugwerke (EFW) together with Airbus, in 2015.

Airbus has revealed that upgrading an A321 from the passenger version to the P2F version involves integrating a large cargo door on the main deck at the front of the fuselage, as well as closing the passenger windows and disabling most passenger doors.