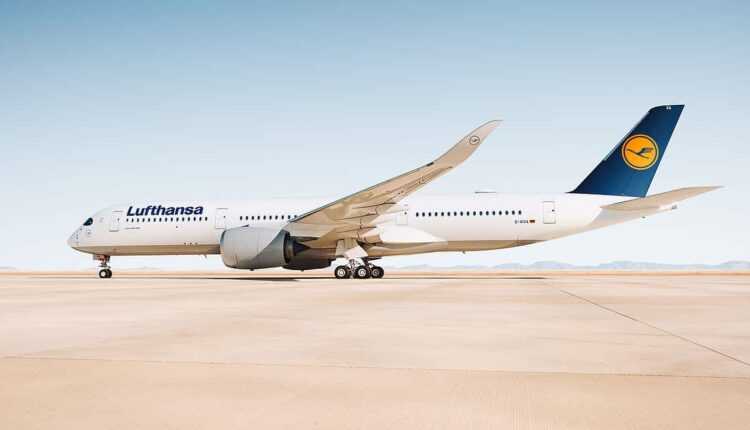 By Sorin Rusi Last updated NEVER Nov , NEVER
0 674
Share FacebookTwitterPinterestLinkedinWhatsApp
Delayed plane? Flight canceled? >>Claim compensation now<< for delayed or canceled flight. You can be entitled to up to € 600.

It's official! The first Airbus A350-900 Lufthansa will be delivered on December 19 2016. The aircraft will be allocated to the Munich base. After receiving the plane, Lufthansa Technik will handle the installation of the cabin interior, including the new Premium Economy class.

Airbus A350-900 Lufthansa will be able to transport up to NUMBER of passengers, in a configuration with 3 classes. There are 48 seats in Business Class, 21 seats in Premium Economy and 224 seats in Economy Class.

Lufthansa will present the first Airbus A350-900 in early February, and the first regular commercial flight is scheduled for February 10 2017, on the route Munich - Delhi. Tickets are on sale. The second destination, to which A350 Lufthansa will fly, will be Boston.

As we have informed you since February 2016, Lufthansa will modernize the Munich base. The first 10 Airbus A350-900 aircraft will be allocated to this base. Thus, the second Lufthansa hub will be endowed with the newest and most modern long-haul aircraft.

(Video) Antonov An-225 Mriya, in Brazil and Chile