The first Boeing 787-9 for Norwegian

By Sorin Rusi On NEXT Feb , NEVER
0 243
Share FacebookTwitterPinterestLinkedinWhatsApp 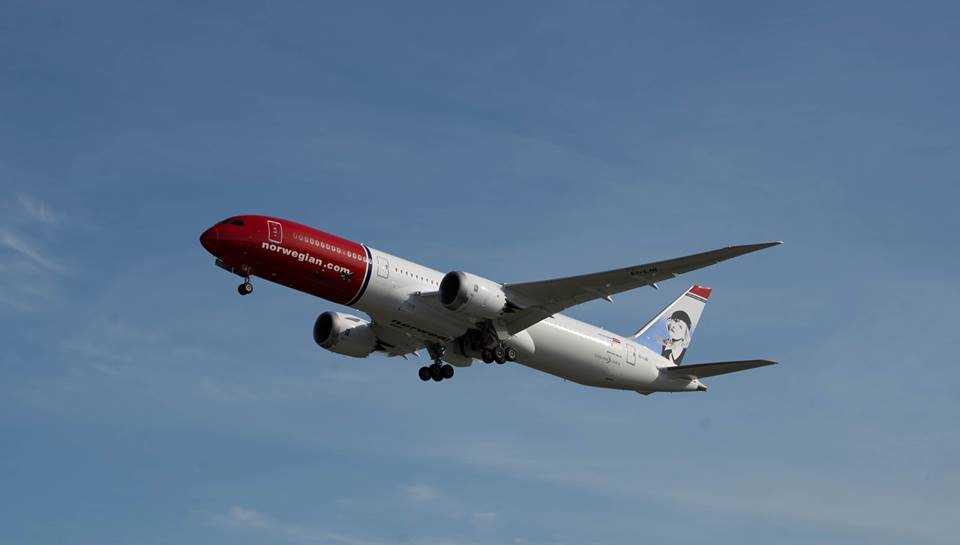 Airbus has started delivering A350 XWB aircraft with displays ...

Norwegian is already operating 8 Boeing 787-8 Dreamliner aircraft, but the new 787-9 will facilitate the opening of new low-cost routes to North America, South America and Asia.

The new Boeing 787-9 Norwegian is configured in 2 classes and can carry up to 344 passengers: 35 seats at Premium Economy and 309 seats at Economy. As Norwegian has accustomed us, the new Dreamliner also comes with a personality painted on the tail of the plane, a portrait of Greta Garbo.