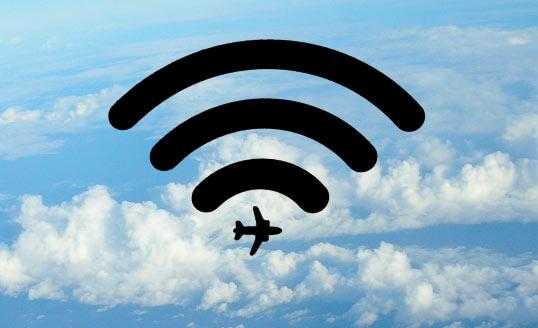 And yet we live in the century of speed and technology. So the major aircraft manufacturers have been looking for solutions and developed systems through which passengers can be connected to the internet or the telecommunications network. In the next 5 years we will probably no longer have to close our gadgets, or even be encouraged to use them during the flight.

2performant with good and bad / About tourism affiliation

Black Friday 2018: Good gadgets and accessories to take in ...

These days, Airbus has announced that the telecommunications and Wi-Fi system - ALNAv2 has also been certified for Airbus A320 family aircraft. It started to be developed in 2009 and was installed on A330 / A340 aircraft. Currently, ALNAv2 is compatible with all aircraft models developed by Airbus, and will be installed on the new A350 XWB in the future.

The ALNAv2 system uses the worldwide Inmarsat SwiftBroadBand (SBB) service and does not influence fuel consumption. The equipment communicates to the outside through a simple Satcom antenna. So in the future we will be able to use phones and laptops just as on the ground - email, browsing, conferences, calls etc. The equipment is provided by KID-Systeme, and the services are provided by OnAir. Over 30 of airline operators requested the installation of the ALNAv2 system on Airbus aircraft from fleets.