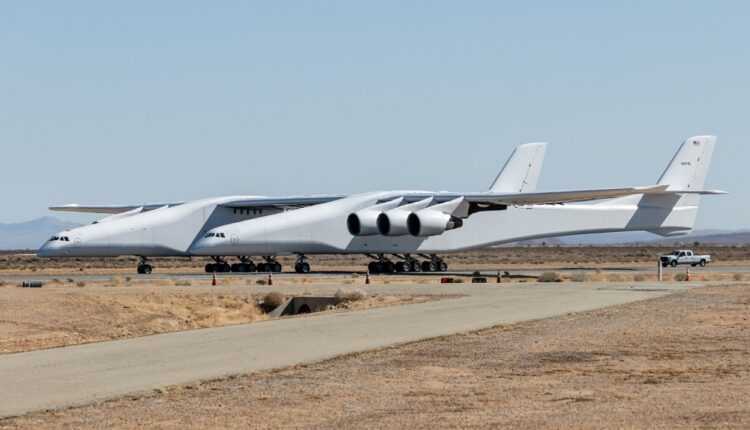 Stratolaunch, the world's largest wing-sized aircraft, made its second test flight after being detained on the ground for more than two years. The plane took off on April 29, 2021 from Mojave Air and Space Port in California and spent over three hours in flight.

According to the Stratolaunch LLC press release, the flight was prepared for the launch of the future hypersonic vehicle, Talon-A.

Stratolaunch was built as a platform for launching air missiles into orbit. It can carry 250.000 kilograms of external payload and has a wingspan of 117 meters, 28.5 meters longer than the heaviest aircraft in the world, Antonov An-225 Mriya.

Stratolaunch, the largest aircraft in the world.

In May 2019, shortly after the first flight of the aircraft, it was announced that Stratolaunch Systems - at that time a subsidiary of Scaled Composites - would cease operations. The plane was put up for sale, but at the end of 2019 the company received investments from Cerberus Capital Management, although it was not known if it would continue to work on the aircraft.

Since then, Stratolaunch LLC has begun testing high-speed flight, focusing on providing a platform for launching hypersonic vehicles. The change reflected a growing interest in military and civilian hypersonic technologies, which became apparent at the end of the first decade of the XNUMXst century.

According to the press release, Talon-A will be an unmanned liquid missile vehicle. The first flight test is expected to take place sometime in 2022.