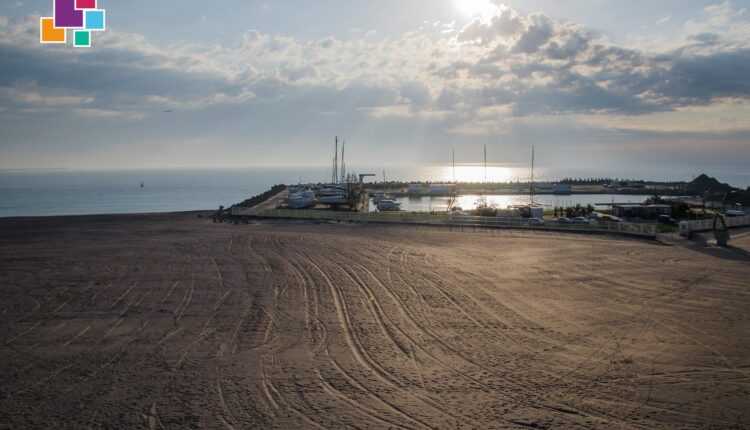 "Paradis Vacanze de Vis", the most important tour operator dedicated to the Romanian coast, has registered, up to the present time, an increase of 25% of bookings, compared to the same period of last year, and the estimate for the whole summer season is + 28% .

By Sorin Rusi Last updated NO ONE. , NEVER
0 273
Share FacebookTwitterPinterestLinkedinWhatsApp

"The current summer season brings more news. A new complex - MeraOnix 4 * - was inaugurated in Cap Aurora, in an all inclusive regime, with over 300 rooms. Also, several hotels have introduced additional services and facilities, such as animation and playgrounds. Day trips - Day Trips - have already become familiar to tourists and more and more people are opting for one or two days of such excursions during coastal vacations.

The most sought after is the day trip in the Danube Delta, with a price of 189 lei for adults and 159 of lei for children. As part of such an excursion, tourists benefit from bus transport, guide throughout the trip, 2-3 walking hours on canals with small boats allowing small channels with rich flora and fauna, fishing lunch. Tourists are taken and brought to and from the hotels where they are staying, " says Aurelian Marin, CEO of Paradis Vacanțe de Vis.

For the summer season 2018, according to the consultants Paradis Vacanțe de Vis, most tourists prefer hotels of 3 *, followed by those of 4 * and 2 *. There is a tendency for tourists to purchase more complex services. For example, there are many tourists who no longer buy only packages of accommodation or accommodation and breakfast, but are increasingly buying packages with meal services (half board or all inclusive). Also, tourists buy optional day trips from the booking of service packages and packages by plane from Timisoara, Cluj and Oradea.

Regarding the packages by plane, the frequency of weekly flights to 2017 increased. In 2018 are operated from Timisoara three flights (compared to two last year), three flights from Cluj (compared to two last year) and two flights from Oradea (compared to one last year). There are hotels that have included in their offer, free of charge for tourists, additional services not related to the tourist complex. One such example may be the Adventure Park Paradise Land of Neptune, included free in the offer of several hotels from the south of the coast.

Most tourists, in all resorts (even in Mamaia) are family friendly. A special feature is held by Mamaia, which also has a significant number of young people, especially at the weekend and especially in the northern part of Mamaia resort.

Here is the top resort for the 2018 season, according to Paradis Vacanțe de Vis: Mamaia, Eforie North, Venus, Saturn, Jupiter, Cape Aurora, Eforie South. This season, on the Seaside are over 20 all inclusive hotels, totaling over 6.000 rooms. The trend is rising.

“The investment pace on the Romanian coast is increasing. At this moment, many hotels are traded on the coast, which will enter the next two years in an extensive renovation process, so that the coast will have, in the next 5 years, in addition to this moment, over 20 new hotels completely renovated. , with services and facilities to high standards. Most will be ranked at 4 stars, ”adds Aurelian Marin.

Events such as Neversea or Sun Waves have a great influence on the coast. In 2017, Neversea had over 150.000 participants and in 2018 it is estimated that they will be over 200.000. The impact is both economic and media.

Things are getting better and better from an incoming point of view. According to the specialists Paradis Vacanțe de Vis, a charter flight, with 2 weekly frequencies, from Estonia, on the Tallin - Constanța route, is added to the charter coming from Israel every year. There is also an increase in the number of foreign tourists from Poland, Belgium, France, the United Kingdom, Italy and, perhaps a little surprising, from Hungary.