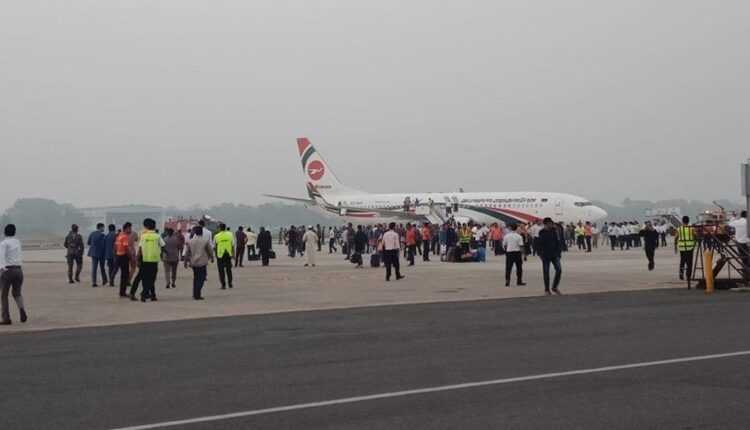 A young man tried to hijack a Boeing 737 Bangladesh Airlines

A witness said this young man, who was armed with a gun, tried to enter the cockpit and hijack the aircraft. It all happened after 10 minutes after the plane took off from Dhaka.

The pilots reported suspicious activity on board and managed to bring the aircraft to the ground at Shah Amanat International Airport in Chittagong.

Bangladesh: Tense situation as police surround a plane at Chattogram airport after it was reported to be hijacked. The Dubai bound Biman plane is identified as flight BG147. pic.twitter.com/BtessHtKyZ

The security personnel managed to safely evacuate the 142 passengers and 7 crew members on board. The suspect was summoned to surrender, but he objected and was shot. The young man died from injuries.

Before being shot, the young man asked to speak with his wife and Prime Minister Sheikh Hasina. Which caused the president of the Civil Aviation Authority to suspect him of "mental imbalance".

Boeing 737 MAX 8 Norwegian, which was stranded in Iran, arrived in Stockholm