Behind the scenes: The first Boeing 777-300ER SWISS

Starting with 8 February, B77W will operate commercial flights on European routes, between Zurich and Geneva, Barcelona, ​​Frankfurt, London-Heathrow and Hanover, to familiarize the crew. 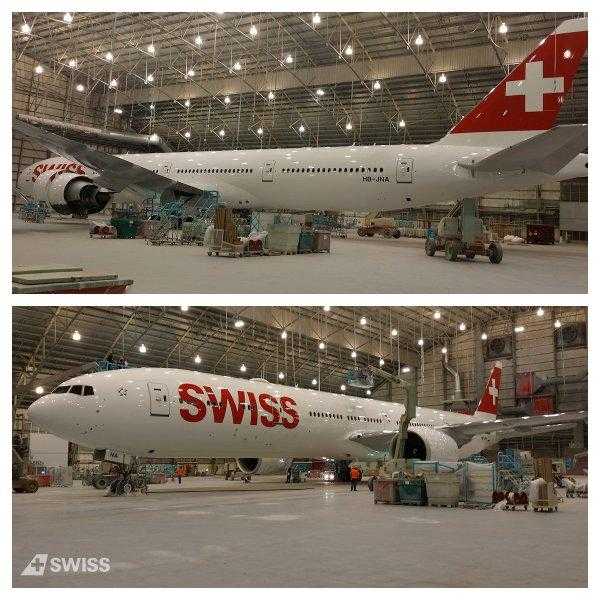 Boeing 777-300ER SWISS is configured in 3 classes and can carry up to 340 passengers: 8 seats in First Class, 62 seats in Business Class and 270 seats in Economy Class.

Any cookies that may be necessary for the website to function and is used to collect personal data via analytics, ads, other embedded contents are termed as non-necessary cookies. It is mandatory to procure user consent prior to running these cookies on your website.