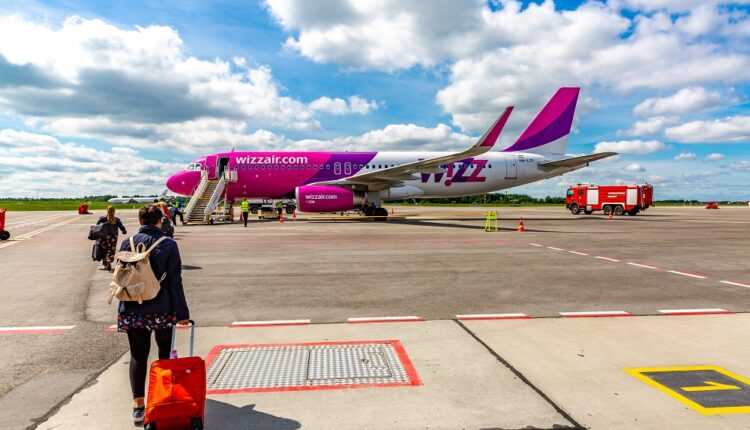 Wizz Air has announced the expansion of its operations on the Ukrainian market, with a doubling of capacity. The enlargement comes as a result of the "Open Skies" agreement signed with the European Union on October 12, 2021.

In addition, Wizz Air announces the allocation of 2 new Airbus 321 aircraft base of Lviv, starting with the summer season. The new aircraft will support the operations of 9 new routes to Paris Beauvais, Madrid, Eindhoven, Barcelona, ​​Brussels-Charleroi, Nice, Treviso, Athens and Thessaloniki.

With these new allocations, Wizz Air doubles capacity in Ukraine and increases its fleet at 8 planes at Kiev International Airport and at 3 planes at Lviv International Airport. In addition, the airline will invest to bring more travel opportunities for passengers traveling from Odessa and Kharkov, as the airline adds new routes from Odessa to London Luton, Pardubice, Athens and from Kharkov to Thessaloniki and Pardubice. Moreover, Wizz Air increases the frequency of 25 routes already operated in Ukraine.

Tickets are already available online on wizzair.com and through mobile application, starting at EUR 24,99.

This large-scale expansion of WIZZ operations in Ukraine will allow the airline to achieve a 120% increase in the summer season 2022. This will make Wizz Air the largest direct airline in Ukraine. The new allocated capacity of over 1,4 million seats per year will continue to contribute to the Ukrainian airline market and the creation of over 288 new jobs, with Wizz Air supporting an additional 1050 local jobs in the associated industries.

Wizz Air began operations in Ukraine in 2008 and has since shipped over 11 million passengers from and to Ukraine. By allocating new aircraft to its bases in Kiev and Lviv and launching new routes, Wizz Air continues to strengthen its presence on the Ukrainian market, providing affordable air connections. WIZZ brings several favorite European destinations closer to Ukrainian passengers, offering a total NEVER route by 21 countries from 6 Ukrainian airports.

The announcement of the expansion of operations in Ukraine comes just a week after the opening of the seventh base in Italy. On October 6, 2021, Wizz Air inaugurated a new base at Venice Marco Polo Airport, allocating another 2 aircraft and launching 16 new routes.

RYANAIR has blocked passengers who received reimbursements via American Express on flights affected by COVID-19, from 2020!

List of countries at epidemiological risk has been updated by Romania (October 14, 2021)