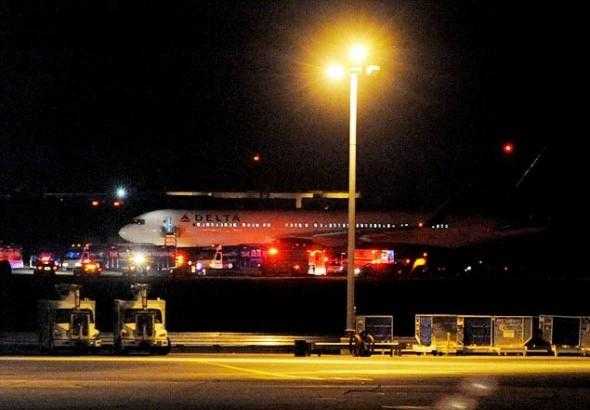 Delta Airlines 126 flight, who makes the connection between New York and Madrid, Spain, returned to the JFK because of a rumor that there was a bomb in the toilet on board. The Boeing 767-300, with 206 passengers on board, departed from John F. Kennedy International Airport (JFK) at 8.10 and returned to landing after approximately one hour.

It was evacuated, passengers were removed, and pyrotechnic teams searched the plane. The international media reports that some suspicious wires had been found in the aircraft's toilet, but they did not come from a bomb as originally thought.

Two people were interrogated, a man from the Middle East and a woman from Argentina, but they were released! There's still research to be done! We will update the post if new information will appear.

Lufthansa will fly to New Delhi with Boeing 747-8i