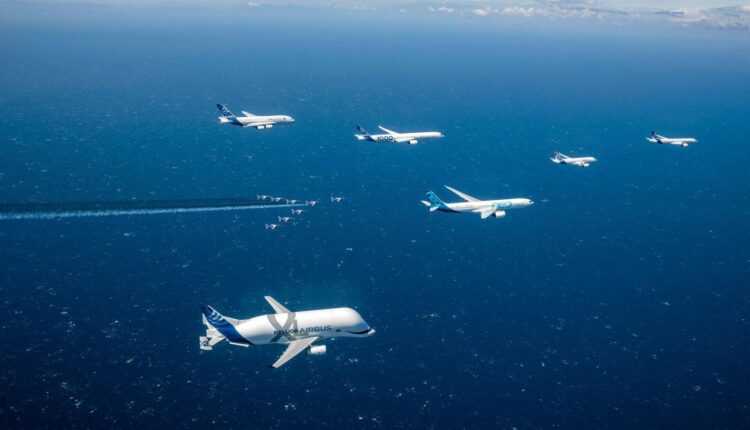 6 Airbus aircraft, in line with Patrouille de France at 50 years of Airbus

On 29 May 2019, Airbus has celebrated 50 since its inception. The moment was marked by a flight in formation of 6 Airbus aircraft alongside Patrouille de France.

Shortly after taking off, the 6 planes merged with the 8 Alphajet PAF (Patrouille de France). Due to adverse weather conditions, the low altitude crossings over the runways of the Toulouse base were canceled. But the flight in formation was spectacular

Pope Francis comes to Romania on an Alitalia plane