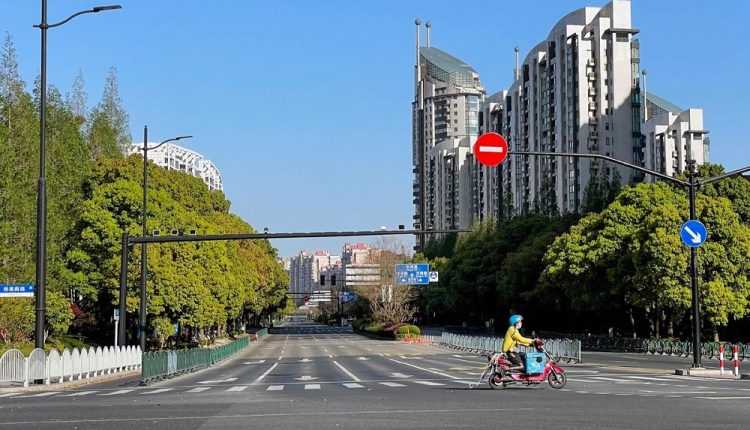 Shanghai is under the most drastic lockdown since the advent of COVID-19!

Two years after the COVID-19 pandemic broke out, China has found that the virus exists. Consequently, it imposed che more drastic lockdown in Shanghai in order to eliminate one of the biggest foci of infection. Tens of millions of people are stranded in their homes in Shanghai without being allowed to go outside.

With a record 25 infections reported daily, Chinese authorities have locked millions of people in their pockets without giving them the freedom to go shopping or buy their medicines.

At the same time, store shelves are empty and people are desperate for food. There is immense social pressure in Shanghai, forcing the authorities to consider relaxation measures. People are no longer afraid of COVID-19, as much as they are afraid of restricting their rights and lack of food.

David Culver, a CNN correspondent in Shanghai, recounts how a day goes by in the life of a resident of China's largest economic center. The day begins with the mandatory COVID-19 test. No one escapes untested.

"I spend most of my days in solitary confinement trying to place more food orders, hoping for one to arrive. Last week, I was woken up by a call just after midnight when one of my orders had even been delivered. ” David declares. However, the products could not be picked up from the delivery place until six in the morning, when David went to take the COVID test.

For two years, China has largely managed to keep the virus at bay by closing borders and introducing a seemingly sophisticated contact tracking system that uses smartphone technology to track us and our potential exposure to the virus.

Officials have perfected mass testing with the ability to quickly process cities with populations of tens of millions. And they relied mainly on quick, targeted blockades - closing a neighborhood, office or even a mall with a confirmed case or close contact inside - trying to avoid closing entire cities to minimize social and economic damage. - David also declared.

But in recent weeks, entire cities have been isolated, including Xi'an, Tianjin and Shenzhen. but nothing compares to the Shanghai lockdown.

The Russians are using the Norwegian border crossing to reach Europe

Blue Air base in Iasi: 2 assigned planes and 13 routes with direct flights!