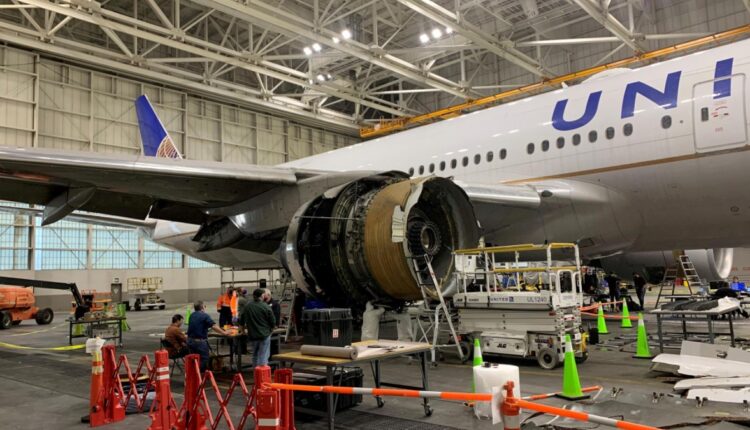 The engine of the Boeing 777-200 United, code N772UA, was damaged by a blade detached from the engine fan

Investigations revealed that the right engine was damaged by a blade detached from the engine fan. Most likely, the rupture occurred due to erosion. The NTSB stated that the engine in question, including its blades, was inspected in 2014 and 2016. Subsequently, the 2016 data were re-examined in 2018, when another engine of a Boeing 777 United disintegrated Honolulu wool.

According to the history, the engines of the Boeing 777-200 United aircraft, code N772UA, had operated 2979 operating cycles before the last inspection in 2016. In theory, the damaged engine had to be inspected at 6500 cycles (landings and takeoffs).

However, shortly after the engine failure of the Boeing 777-200 United plane involved in the February 2021 crash, Pratt & Whitney, a Raytheon unit, issued a bulletin requesting inspections every 1.000 cycles.

According to the information issued by NTSB, there are only 128 Boeing 777 aircraft equipped with PW4000 engines out of the total of 1600 triple seven aircraft produced. United owns 24 aircraft powered by PW4000 engines, and after the accident all these were recorded on the ground.