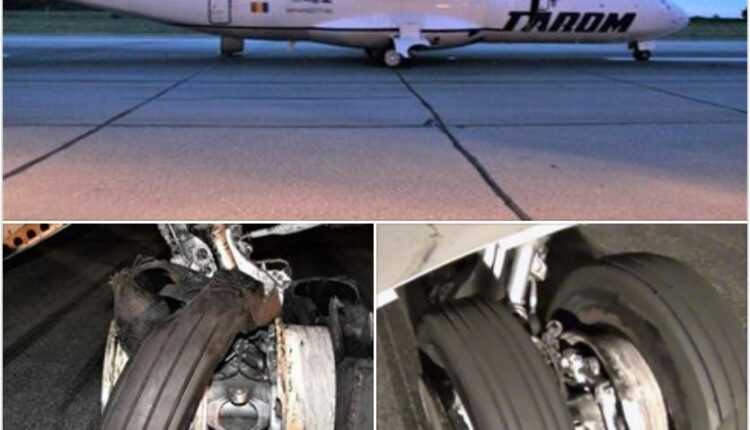 The investigation was completed in the case of the serious incident of July 09, 2019. An ATR 42-500 TAROM landed with the wheels locked.

By Sorin Rusi Last updated NO ONE. , NEVER
0 2.359
Share FacebookTwitterPinterestLinkedinWhatsApp
Delayed plane? Flight canceled? >>Claim compensation now<<for delayed or canceled flight. You can be entitled to up to € 600.

On July 9, 2019, ie fixed 1 year ago, the ATR 42-500 TAROM aircraft (YR-ATF) landed with the wheels locked. Following the GRAV incident, a team of investigators from the Civil Aviation Safety Investigation and Analysis Authority (AIAS) went to the scene and began the investigation.

From the initial assessment of the damage, the commission of inquiry into the Civil Aviation Safety Investigation and Analysis Authority (AIAS) found that the tires and rims of the main landing gear were destroyed. Okay, this could be seen with the naked eye.

AIAS published today the final and complete report on the serious incident that took place 1 year ago, on July 9, 2020.


CONCLUSIONS: 3.2 Causes of the incident

3.2.1 The determining cause
Incorrect position of the emergency / parking brake lever, moved from the “OFF” position when the aircraft comes into contact with the runway during landing.
3.2.2 Favorable causes
– Use in flight of the emergency / parking brake lever, for non-compliant purposes / maneuvers;
– Defective / inefficient CRM by superficial execution of Landing Checks and Cross Checks;
– Failure of the crew to fully comply with standard operating requirements
according to the Operations Manual, by ignoring at times the concept of "Cockpit Sterile" under FL100