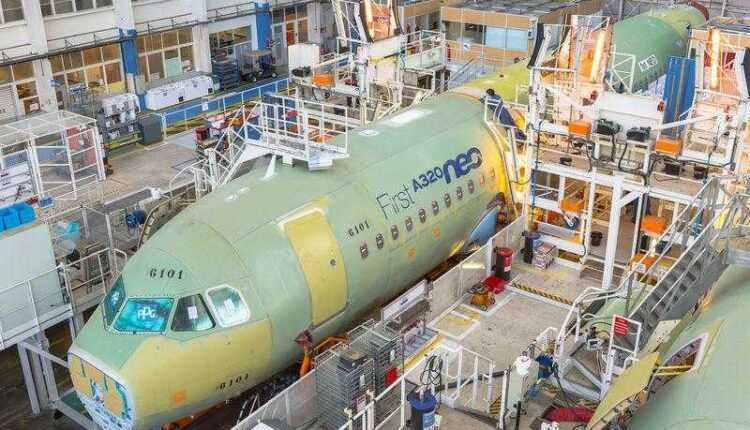 On 17 March 2014, Airbus began final assembly of the first aircraft Airbus A320neo (new engine option), at the base of Toulouse. The merging of the front and rear fuselage sections has recently begun. Nazaire, France and Hamburg, Germany.

The first flight of the A320neo aircraft is scheduled for Q4 2014, and the delivery of the first aircraft is scheduled in Q4 2015. aircraft Airbus A320neo come equipped with 2 state-of-the-art engines and Sharklets. The manufacturer promises that new A320neo will consume up to 15% less fuel, and CO2 emissions will be reduced by up to 3600 tonnes / aircraft per year.