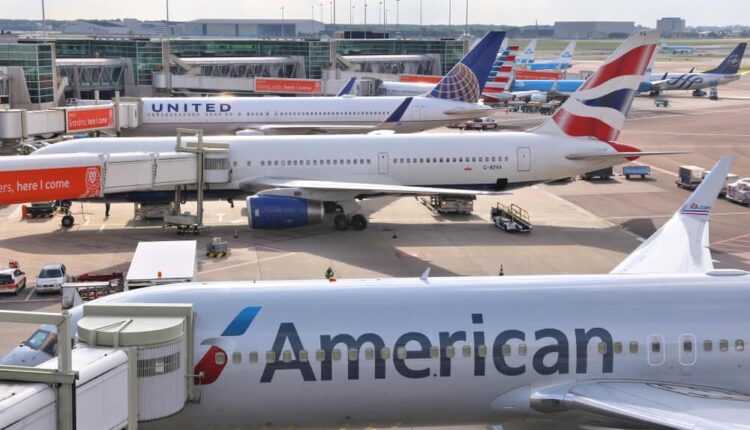 American Airlines, IAG, Lufthansa and United are putting pressure on American and European officials to resume transatlantic flights without restrictions.

By Sorin Rusi Last updated NO ONE. , NEVER
0 682
Share FacebookTwitterPinterestLinkedinWhatsApp
Delayed plane? Flight canceled? >>Claim compensation now<<for delayed or canceled flight. You can be entitled to up to € 600.

Although there are travel restrictions between the US and Europe, the COVID-19 pandemic continues to claim many lives in the United States. And European countries are not doing too well, but they seem to have the pandemic under control.

Resumption of transatlantic flights without restrictions

But the directors of the big airlines mention in the letter that the volume of passengers between the United States and the European Union would increase much more if the flights could be operated without restrictions.

But why this pressure and demand for a resumption of travel between Europe and the United States, even when they are still facing a pandemic?

Undoubtedly, the North Atlantic Corridor is the gold mine of global aviation. Not only does it provide important connectivity between Europe and the United States, but it is also an important source of income for many airlines throughout the industry.

In August 2019, the OAG published an analysis of airline revenues and a top of the most profitable routes. And on the first position, with revenue of $ 1,1 billionThis route London Heathrow Airport (LHR) - John F. Kennedy International Airport (JFK) operated by British Airways.

The domestic Melbourne - Sydney route operated by Qantas was in second place, with revenues of almost $ 300 million less than the North Atlantic route British Airways.

In 2019, British Airways had a turnover of $ 14,9 billion on passenger flights. It turns out that the London-New York route accounted for 7% of British Airways' revenue throughout the year.

The other companies are not doing badly on the routes between Europe and the United States either. In 2008, American Airlines, British Airways and Iberia founded Atlantic Joint Business (AJB), a collaborative network on the North Atlantic flight corridor. In 2019, American Airlines earned $ 4,6 billion on routes between the United States and Europe, out of a total of $ 11.1 billion earned on international routes.

Are we still wondering why these pressures are being made?