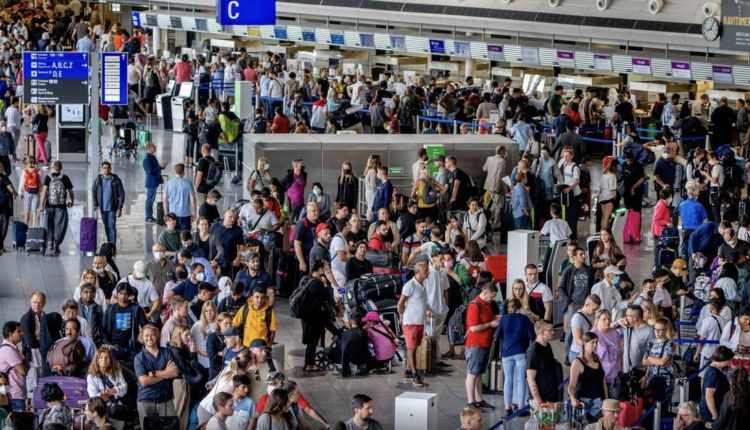 Berlin Brandenburg Airport strike: More than 300 flights have been canceled from / to Berlin!

About 300 flights scheduled to take off and land at Berlin Airport on January 25, 2023 have been cancelled. It is the first time since 2018 that a strike in Germany has resulted in so many canceled flights.

All passenger flights from Berlin Brandenburg Airport scheduled for Wednesday were either canceled or rescheduled due to a strike. About 300 flights were scheduled to take off or land at the Berlin airport. More than 35 passengers will be affected by this strike.

While airline authorities rescheduled some flights for Thursday and diverted others to airports such as Dresden and Leipzig, many affected passengers chose to travel by train.

The strike was organized by the Verdi Trade Union. A wage increase of 500 EURO is requested for employees of airports and ground handling services within a 12-month collective labor agreement. More than 1500 employees affiliated with the Verdi union are participating in the strike.

Wizz Air flights from Bucharest to Luxembourg and Skiathos; from Timisoara to Zakynthos!