2016 is an extremely important year for Blue Air. In the first 6 months of this year, we published numerous articles about the Blue Air airline operator, and today we present the balance sheet.

In May 2016, Blue Air received the award for the best low-cost airline in Romania. The award was offered at the TopHotels Awards 2016 Gala. Moreover, the airline was awarded by Hermes Airports, the operator of Larnaca and Pafos airports. The largest percentage increase of traffic in 2015 was recorded at Larnaca Airport.

Also in 2016, Blue Air developed the fleet, which now consists of 26 aircraft, and 25 new routes have been launched. At the same time, the services offered to clients have been developed and diversified. 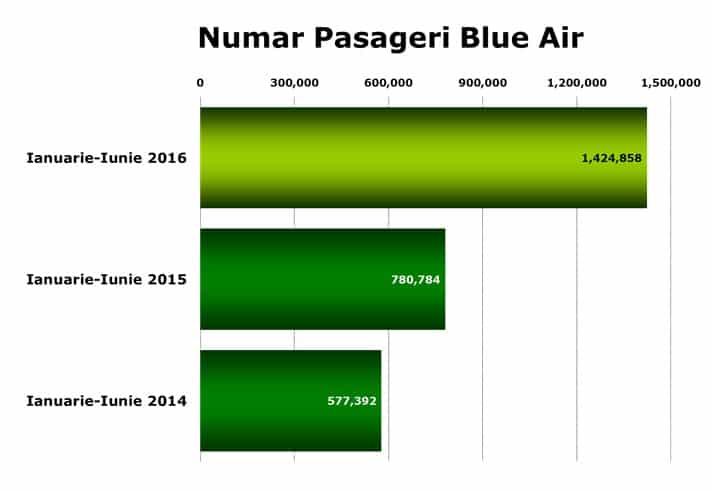 In the first six months of 2016, Blue Air carried a record number of 1.424.858 passengers. An increase of 147% compared to the same period in 2014. This significant increase was due to the inauguration of new routes. They were opened from the operational bases Bucharest, Bacău, Cluj-Napoca, Iasi, Larnaca and Turin. 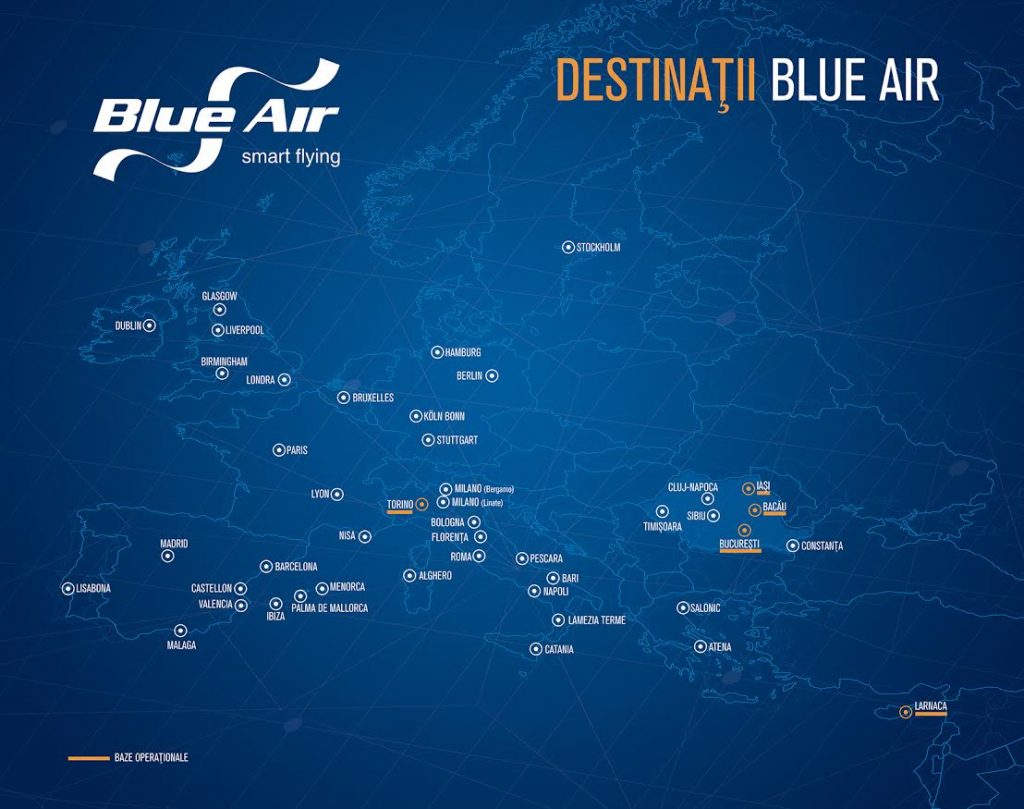 Currently, Blue Air operates 70 routes, an increase of 250% compared to the same period in 2014. New routes have increased the number of flights. In 2016, Blue Air operated over 7000 flights. This was made possible by increasing the fleet to 26 of aircraft. 17 of them have the modernized interior, the rest going to be in an upgrade process.

In 2016, Blue Air will have 6 operational bases: Bucharest, Bacau, Iasi, Larnaca, Turin and, from October, in Cluj-Napoca. The opening of new bases also led to an increase in the number of employees, reaching 1009. 91.6% are Romanian and 8.4% are foreign.

And year 2016 is only halfway through. Blue Air will certainly continue to expand and develop its operational network. We will return with the final balance sheet at the end of this year.

How do I find the cheapest airline tickets?