Boeing 777 built from cardboard to the smallest detail (photo / video)

The love for airplanes has no limits and no cure. This was demonstrated by Luca Iaconi-Stewart, a young man who managed to build a Boeing 777-300ER on the 1 scale: 60 in about 5 years (2 years abandoned the school project). Boeing manages to build a Boeing 777 in 50 days, but that matters less.

The idea came to him at school during architectural hours. After finding a detailed chart of the Boeing 777-300ER Air India, he set to work. He designed everything in Adobe Illustrator, then printed it on hardcopy paper. It is admirable that he tried to build the aircraft to the smallest details, and this can be seen from the photos posted by Luca himself on his flickr account.

He spent an entire summer just to build the chairs: 20 minutes for a place economy, 4-6 hours for a place in Business Class and 8 hours for a place in First Class. The engines were designed in one month and assembled in four months. The tail was designed and built by 3 times until it reached its final shape. Even the landing gear is retractable.

He is seen to be a perfectionist. The tweezers and the cutter were the basic tools, and the paper and the glue were the raw material. Below you have videos of the aircraft in different stages of development.

Closing and opening the doors

Design and construction of cockpit seats

After completing this project, most likely earlier this year, Luca Iaconi-Stewart will start to build a bigger model. 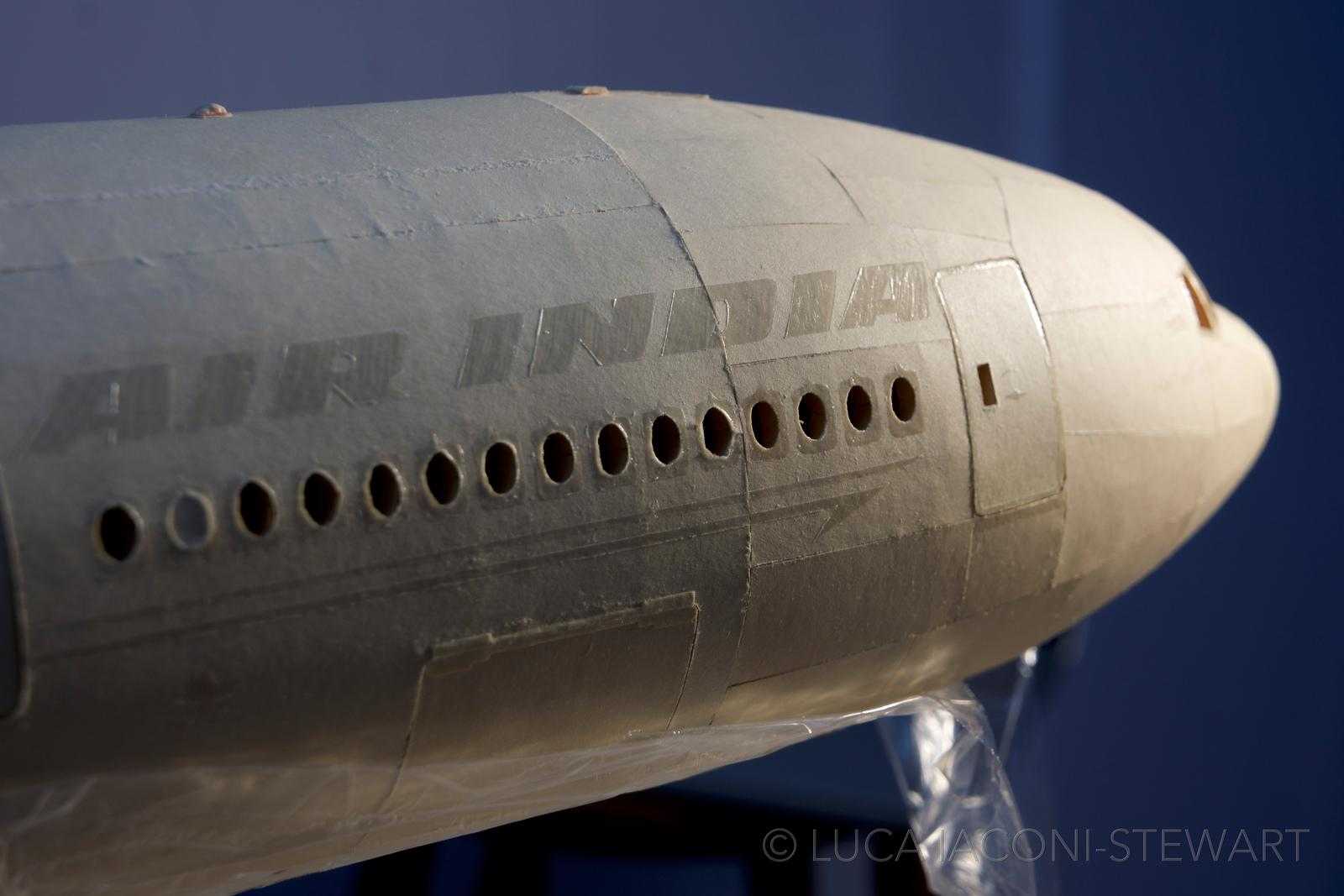 It left me speechless. He managed to build all the details we can see on a B777 airliner, many of them functional. But do the chairs stretch? Watching the pictures and videos, I realize that the young man has an iron patience and a lot of dexterity. This explains the long period of execution.