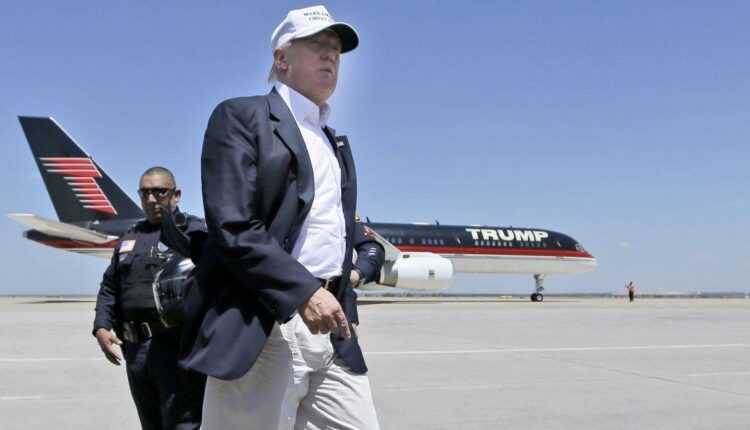 The Americans elected their 45 president in his own right <br><br>Donald Trump. He is an American investor and businessman, television star, politician and author of motivational literature. And from 20 January 2017, will rule a world power.

Donald John Trump is the president The trump organization, a position he will resign before taking over as president of the United States. As a businessman, Trump also bought a private plane that could be seen in his election campaign.

The plane was purchased in 2011 from Microsoft co-founder Paul Allen. It's a type airplane Boeing 757-200 (N757AF), which cost about $ 100 million. A significant amount of money was invested in modernizing and equipping the plane with a luxurious interior to suit Trump's style. It is also called "Trump Force One".

<br><br>Donald Trump he is very picky and wants everything to be perfect on his plane. According to a presentation by Amanda Miller, in the plane we can see leather sofas, large flat screen TV, an office equipped with the latest technology and many gold plated items. Even the buckles at the seat belts are plated with gold. There is also a private bedroom and a circular shower.

The plane has John Dunkin (commander) and Larry Bryan (co-pilot) on the plane. The aircraft is 25.5 years old. Currently, the aircraft is flying under the license of DJT Operations. He operated the first flight on 21 May 1991. It is powered by two engines Rolls-Royce RB211-535E4, which allows it to land even on city airports. Engines are quiet, with low fuel consumption, thus reducing pollution. Donald Trump specifically chose these engines.