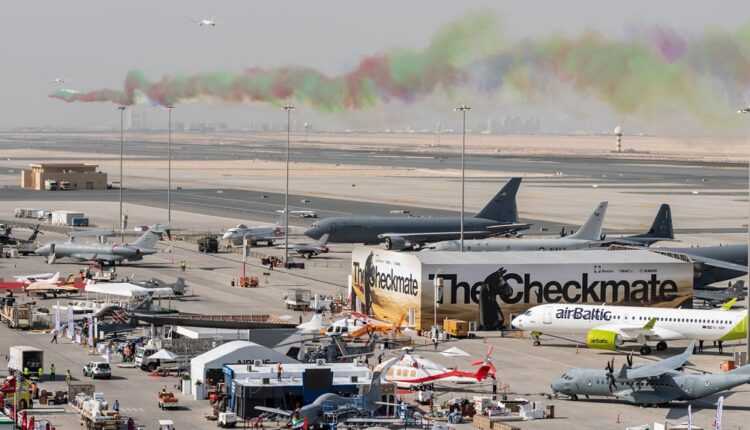 Dubai Airshow 2021 started on November 14th. Organizers estimate that during the Dubai airshow, there will be over 85 visitors. This year, Dubai Airshow hosts over 0000 new exhibitors (370 exhibitors in total from 1200 countries) and 148 state-of-the-art aircraft. The event is organized at Dubai World Central (DWC). It is the largest edition since its launch in 175. Dubai Airshow will end on Thursday, November 1989.

This year's edition will host the largest number of exhibitors of all editions, including over 370 new exhibitors and representatives from almost 150 countries. These include civilian and military delegations from over 140 countries. The event will feature stands from 20 countries, including 13 new additions such as the Czech Republic, Belgium, Brazil, Israel and Slovakia.

Dubai Airshow 2021 will host over 85.000 visitors. One of the most important moments of the show will be the static exposure and the evolution in flight of the planes. More than 175 of the most advanced aircraft in the world are present.

Visitors will be able to admire in spectacular and acrobatic evolutions the UAE Air Force's Fursan, Russian Knights, Saudi Hawks, Surya Kiran from India and Sarang Team from the Indian Air Force.

The Dubai Airshow 2021 could not be missed Boeing 777X, the newest wide-body aircraft developed by the American commercial aircraft manufacturer. At the Dubai Airshow, Airbus also made the first estimates for the next 20 years: 39 passenger and cargo planes by 000!

At Dubai Airshow 2021, a major focus will be on technology, providing a dedicated platform for showcasing the latest emerging technologies, including artificial intelligence (AI), 5G, cybersecurity and automation. Another completely new feature for this year’s show is the Dubai Airshow app, which uses AI to facilitate business matching based on profile and interest.

Cuba reopened its borders for tourists on November 15. All tourism workers have been vaccinated!

Non-EU citizens (Americans, British, Canadians, etc.) have to pay EUR 7 to travel to the EU by 2022!