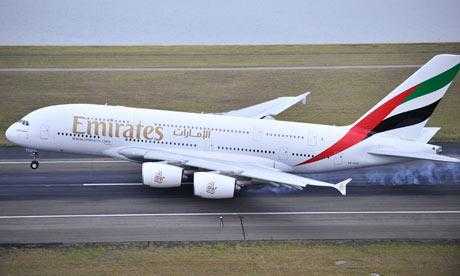 Emirates flies with Airbus A380 in Zurich (video)

Since January 1, Emirates has introduced the aircraft Airbus A380 towards Zurich, the 25 destination operated with this type of aircraft. With over 500 of passengers on board, EK087 flight took off from Dubai airport to Zurich, Switzerland and had Captain Daniel Wyss, of Swiss origin, on his sleeve.

Emirates operates two daily flights on the Dubai - Zurich route. With the introduction of the A380 aircraft, the number of seats increased to 870 per day. Airbus A380 offers 14 seats in First Class, 76 seats in Business Class and 427 seats in Economy Class. The second flight is operated with Boeing 777-300ER.

Blue Air is not a Blue Air Transport company