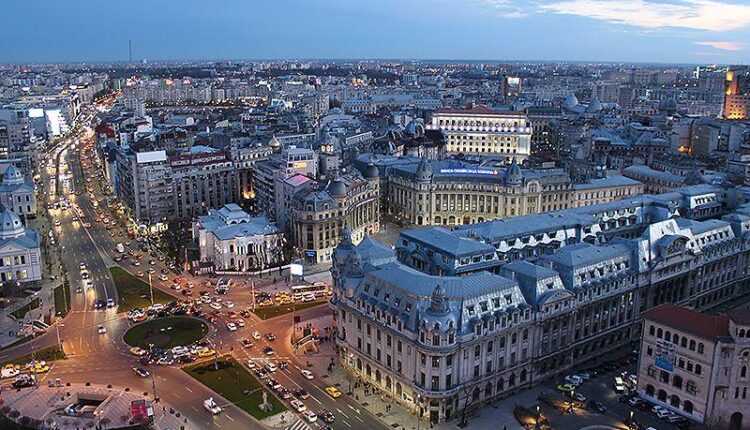 #EnjoyBucharest conquers the capital of Romania

#EnjoyBucharest, the event organized by Eventur Bucharest during the period 3 - 5 April, aroused a real interest both from the general public, and especially from those who wanted to join the project. Over 38 of thousands of votes at the Digital Travel Awards, over 1000 of posts on the haste #EnjoyBucharest and more than 20 of event partners. These are the figures that #EnjoyBucharest boasts two days before the start.

We recall that #EnjoyBucharest means Romanian Digital Travel Conference, the place where important names from the Romanian tourism industry, but also internationally, will speak at the conference about the importance of promoting a tourism business in the online environment, Romanian Digital Travel Awards, the gala in which the most popular businesses in the Romanian tourism industry will be awarded, following that the last two days will be destined for a tour attended by a delegation made up of 50 persons, of which 30 foreign bloggers, the main objective of the tour being promoting Bucharest at national and international level as an ideal city break destination and as an important business center.

The organizers announced that so far the Romanian Digital Travel Conference will enjoy the presence of over 200 participants, entries for the last available seats can be made on the website www.digital-travel.ro. The conference will take place on the 3 April at Hotel Intercontinental, Ronda Hall, starting at 9.

The Romanian Digital Travel Awards also received great attention. The audience was the one who chose the finalists and the winners of the 17 categories for which prizes will be awarded, the number of votes exceeding the number of 38 000.

"We were impressed to see that #EnjoyBucharest has sparked real interest from everyone. The public seems to have enthusiastically received the idea of ​​the best premieres in the Romanian tourism industry and this was seen in the 38 over thousands of votes recorded on the website www.digital-travel.ro/awards. We hope that after the event we will have positive reactions from foreign bloggers as well, and thus we can say that we have set our sights on developing the tourist reputation of Bucharest in the world. I conclude by thanking those who came with us in this project. And there were few! I am thinking here of Telekom, Travelport, Prestige Tours, Blue Air, Dent Estet, CDI, Mosetti, Stejarii Country Club, partnerships with Bucharest City Hall, Arcub or Bucharest Tourism Board, but also with the support received from media partners: Europe FM, Observator.tv, City Compass, Romania- Insider.com, DivaHair, Daily Traveler, Faine Places, TravelRomania Info, Traveler Magazine, iVisit. ”- Alex Filip, Eventur Bucharest.