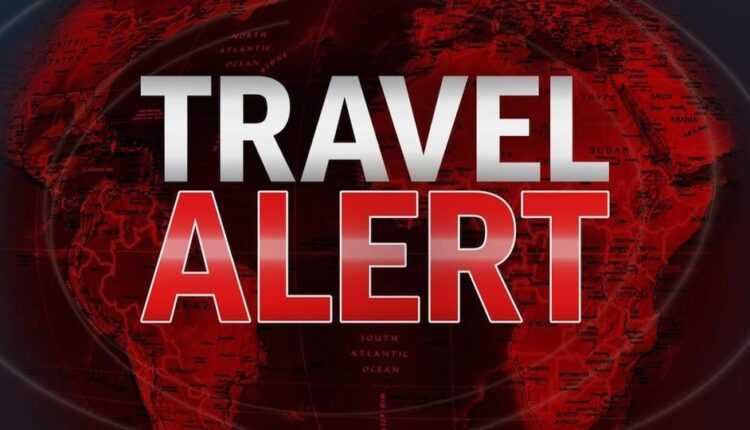 So far, 2020 has proven unpredictable and with many unpleasant events globally. We talk here about political conflicts, attacks, wars and even severe climatic conditions and, more recently, the Coronavirus epidemic.

In January, Iran shot down an aircraft of Ukraine International Airlines, which led to travel restrictions and the avoidance of Iranian airspace. Ciara storm affected hundreds of flights to destinations in the UK, the Netherlands, Belgium and even Germany.

Vola.ro has requested reimbursements of over 6 million EURO…

Romania could eliminate 14-day self-isolation, but will…

Coronavirus: travel information and warning. Measures to prevent the spread of COVID-19 (coronavirus).

And since January, the world has been overthrown by the new Coronavirus, which has hit China and 53 other countries. But, again, there are widespread outbreaks in South Korea, Iran and Italy. The Romanian authorities have issued information on the extension of the areas that lead to the measure of self-isolation at home and institutionalized quarantine, for a period of 14 days. And now let's clarify the situation.

Citizens, who come from other provinces or cities in mainland China, other localities in the Lombardy region, the Veneto region and the Emilia-Romagna region in Italy, as well as in other areas and localities in South Korea and Iran than those specifically mentioned for the imposition of the measure. of institutionalized quarantine, enters into self-isolation at home, for 14 days.

On March 2, in Romania were confirmed 2 cases with the new Coronavirus, 42 persons in institutionalized quarantine and 9012 persons self-isolated at home and supervised by authorities.

In conclusion, it is advisable to avoid traveling to the areas mentioned above in order not to enter into self-isolation at home or institutionalized quarantine. More information from the Ministry of Health!

Hellenic Republic - closure of land border between Greece and Turkey

The Ministry of Foreign Affairs informs Romanian citizens who are in, transiting or intending to travel to Greece that, according to data provided by local authorities, starting on Saturday morning, February 29, 2020, the land border between the Hellenic Republic and Turkey, in the Kastanies area (Evros region), will be closed to the circulation of all categories of persons and goods. The people and vehicles that were to transit this area are redirected to continue their journey through Bulgaria.

The Ministry of Foreign Affairs informs Romanian citizens who are in, transiting or intending to travel to the French Republic that, according to data transmitted by the national meteorological agency Meteo France, a new storm episode, named Leon, will cross the French territory in the interval 1- March 3, 2020. Thus, 15 departments from the west to the east of the country were placed in orange wind code in gusts of up to 100-120 km / h accompanied by heavy rainfall.

Kingdom of Spain - Orange and yellow codes for the Karine storm

The Ministry of Foreign Affairs informs Romanian citizens who are in, transiting or intending to travel to the Kingdom of Spain that, according to information provided by the Spanish Meteorological Agency, the Spanish territory will be affected by the Karine storm from March 2, 2020. Wind gusts up to 120 km / h will be recorded throughout the Spanish coast, especially the Cantabrian region, the northern Mediterranean and south-east of Andalusia, with waves up to 6 meters in Galicia, the Basque Country, Asturias and 5 meters in Cantabria .

The communities with the orange alert code due to the wind are: Andalusia, Aragon, the Balearic Islands, Castilla y Leon, Castilla-La Mancha, Catalonia, Extremadura, Madrid, Murcia, La Rioja and Valencia. The rest of the territory (except the Canary Islands, Ceuta and Melilla) remains yellow alert due to the wind. Also, orange snow code was announced in the communities of Aragon, Catalonia and yellow code of snow in the communities of Asturias, Cantabria, Castilla y Leon, Galicia, Navarra, La Rioja and Valencia.

Due to recent heavy rains, severe flooding has affected extensive rural and urban areas in Kenya, including tourist areas.

The UN says that after the floods of the last two months, more than 200 people have lost their lives, over 250 thousand people have been evacuated, and access to the affected areas is difficult due to the deterioration of the infrastructure.

At the same time, there were reported about 3000 cases of cholera (of which 55 deaths) in 15 counties and 32 cases of chikungunya fever, but also cases of polio in Nairobi.

The local weather agency warns that heavy rainfall will continue and will especially affect urban areas in the country.

Due to public threats by the al-Shabaab terrorist organization, the Kenyan security authorities issued a terrorist alert for the Muslim holiday (Ramadan).

As a result of the deteriorating security situation in Kenya, the attacks on tourists and demonstrations, which take place in the capital of Nairobi, the Ministry of Foreign Affairs recommends that Romanian citizens avoid unnecessary travel to this country.

Given the worrying developments in the security situation in Libya, the Ministry of Foreign Affairs strongly recommends that Romanian citizens avoid any kind of travel to Libya, and those who are still on Libyan territory to leave this country immediately.

Careful! Land border points with Egypt, Chad, Niger, Algeria and Sudan are closed.The only border crossing point, which is usually open, is the one with Tunisia, but it also has frequent closures, with variable durations, most of the time without prior notice.

The security situation in Libya has been increasing lately throughout the country, by multiplying military confrontations between major rival groups, expanding terrorist groups, both in number and area of ​​action, as well as the spectacular multiplication of crime group actions. organized - crimes, robberies, kidnappings for political or redemption purposes (foreign citizens being the main targets), arms trafficking, drugs or human beings.

As a result of the civil war, it should be borne in mind that the majority of the population owns firearms and the incidents caused by the use of weapons in the public are frequent, either as a result of street quarrels, or in the context of religious or political events.

Avoid trips to the eastern part of the country, in the area of ​​Benghazi, Derna, Ajdabiya, as there are risks of terrorist attacks, and if you are already in these localities, leave the area immediately.