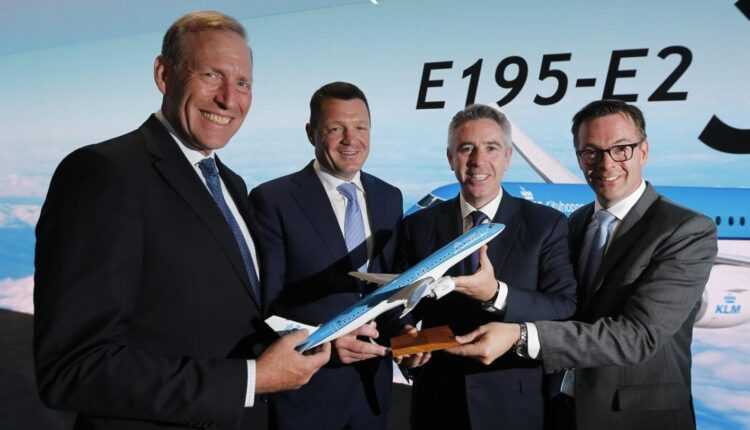 Initially, KLM Cityhopper intended to buy 15 E195-E2 + 20 aircraft for additional units. The agreement was signed at the Paris Air Show. And now everything has turned into a firm order, with the balance tilting towards 21 of E195-E2 planes.

According to KLM officials, the new aircraft will be configured with 132 seats. And deliveries will start in 2021.

Embraer is one of the largest aircraft manufacturers, which makes models for the market up to 150 seats. Embraer aircraft can be found in the fleet of over 100 airlines. The E-Jets program has collected orders for 1800 aircraft, of which 1500 has already been delivered.