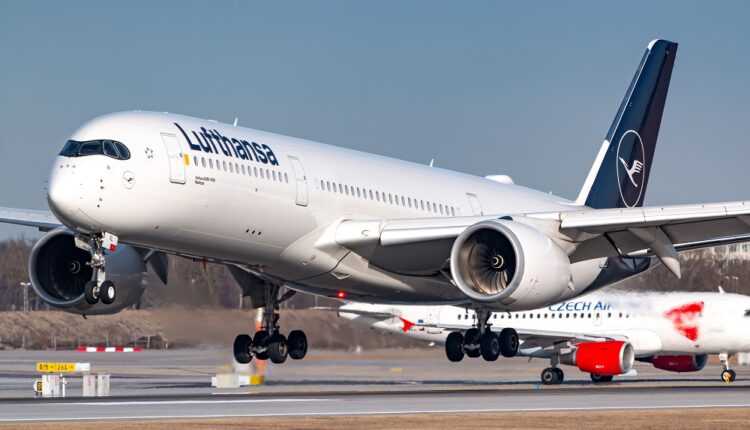 Thousands of Lufthansa passengers are still waiting for compensation following flights canceled in 2019 due to strikes!

A series of strikes by the cabin crew union of the German airline Lufthansa, the longest of which lasted three days between November 6 and November 9, 2019, caused hundreds of thousands of passengers to lose their flights.

Two years later, although these passengers are entitled to compensation under EU air passenger rights legislation, they have not yet received it.

According to AirHelp, part of the Association of Passenger Rights Advocates (APRA), whose mission is to promote and protect the rights of passengers, 1650 flights were canceled due to strikes, forcing approximately 214000 passengers to change or abandon their plans. travel.

" Despite clear EU laws entitling passengers to claim up to $ 700 (EUR 600) per person for this type of disruption, Lufthansa has so far refused to pay thousands of passengers, including up to 4500 who have called on AirHelp for assistance.".

However, a decision of the European Court of Justice (ECJ) on the refusal of the Scandinavian airline SAS to compensate its passengers who lost their flights due to a strike by the airline's staff, does not classify the strikes as extraordinary circumstances.

" I took the matter to court, and the case was referred to the European Court of Justice (ECJ), the highest authority in the EU. On March 23, 2021, the court ruled: AirHelp was right, airline staff strikes are not an extraordinary circumstance, and passengers have the right to seek compensation He says AirHelp, drawing a parallel line between the two cases.

He also claims that the ECJ's decision made it clear that staff strikes cannot be considered an extraordinary circumstance.

If you have also been affected by canceled or delayed flights, you can check eligibility and even claim compensation of between EUR 250 and EUR 600, depending on the nature of the flight and its distance.

The new anti-covid measures adopted by CNSU in Romania: lockdown at night, extended vacation, use of digital certificate for access to various public places! (October 22, 2021)

The EU COVID-19 digital certificate will be mandatory for most activities. Access to hotels is based on the certificate!