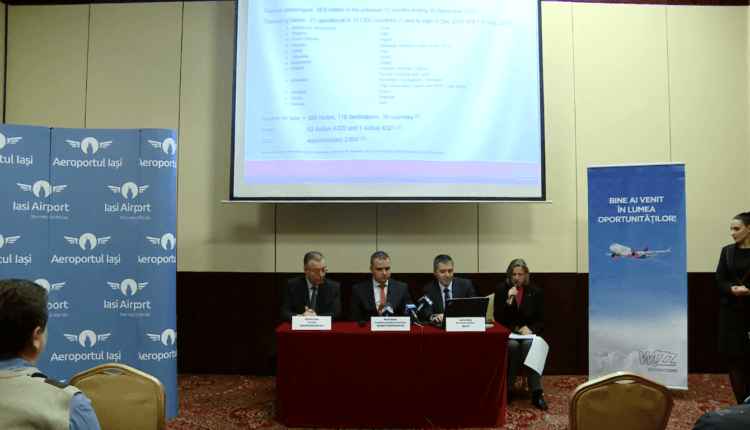 Starting with 1 July 2016, Wizz Air will open the 6 base in Romania, the 26 network, at Iasi International Airport. An aircraft of the type will be allocated Airbus A320, which will facilitate and open new routes. If Wizz Air currently operates flights to 3 destinations (London, Milan, Venice), another 2016 new routes will be added in July: Bologna (BLQ), Larnaca (LCA), Rome Ciampino (CIA), Tel Aviv (TLV), Catania (CTA).

Ernest Airlines has suspended flights since 11…

I published, on 1 December, information about the 5 new destinations that will open Wizz Air from Iasi. On 2 December, these were confirmed in very large proportions, but I could not validate 100%, and today I published flight schedule. 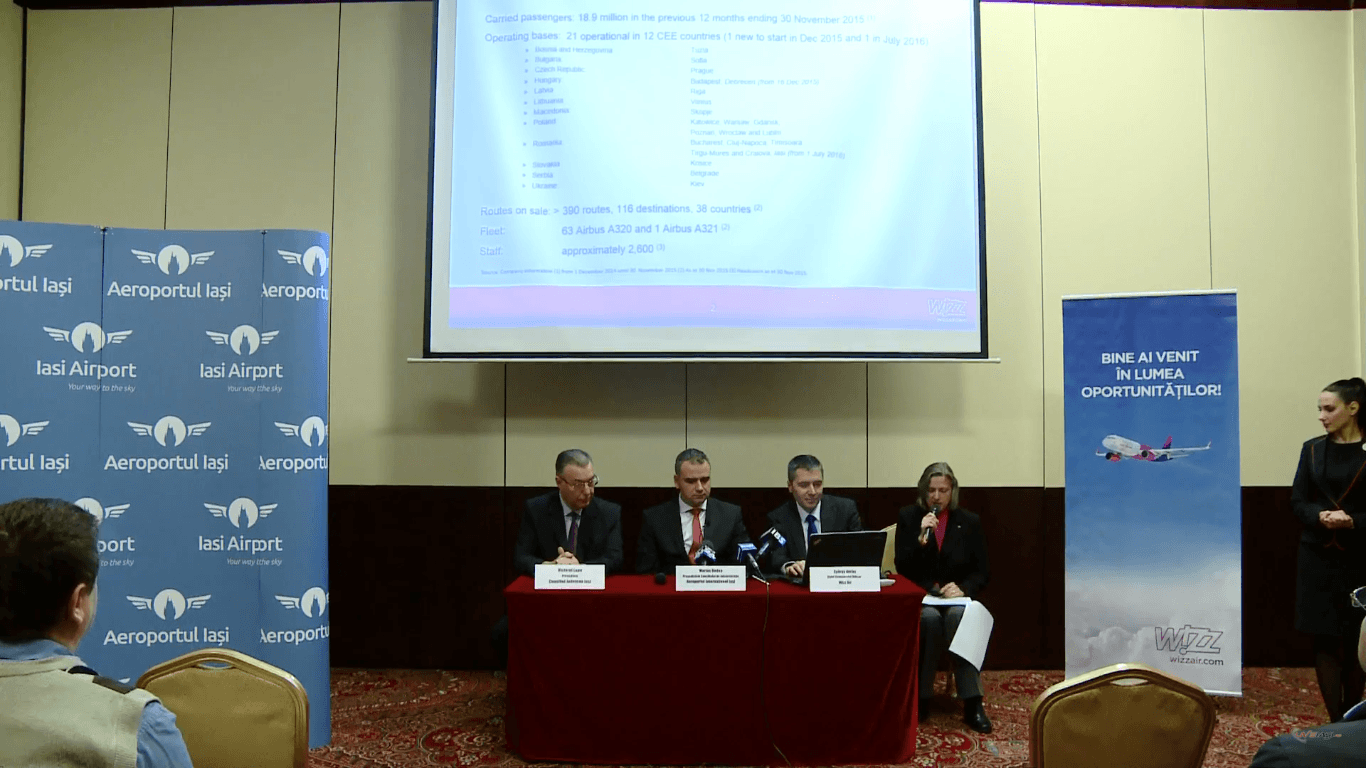 The new Airbus A320 aircraft, which will be allocated to Iasi Airport, will increase the number of routes served from Iasi to eight and will increase the capacity of seats at 265.000 to 2016. But as not all flights are loaded 100%, Mr. Marius Bodea, the president of CA of the Iasi International Airport, estimates a target target of 80%.

At the press conference in Iasi, György Abrán, Chief Commercial Officer at Wizz Air, said: “The first WIZZ flight from Romania took off in 2007 and during these 8 years I gained the trust and loyalty of the Romanian customers. We have constantly expanded our operations in Romania, developed regional airports, and today's announcement once again underlines our commitment to the country. A year ago, I put Iasi on the aviation map, and it is now the 6 airport where we have an operational base. The new base will create a number of jobs within Wizz Air, as well as our business partners, and at the same time allow us to offer more low-cost routes in Romania. We look forward to welcoming Romanian passengers on board. They and their visitors can enjoy our welcoming services and low prices on 106 routes to 47 of interesting WIZZ destinations. ”

We remind you the 5 new destinations to which Wizz Air will fly from the base in Iasi: Bologna (BLQ), Larnaca (LCA), Rome Ciampino (CIA), Tel Aviv (TLV), Catania (CTA). Below is the schedule of flights: