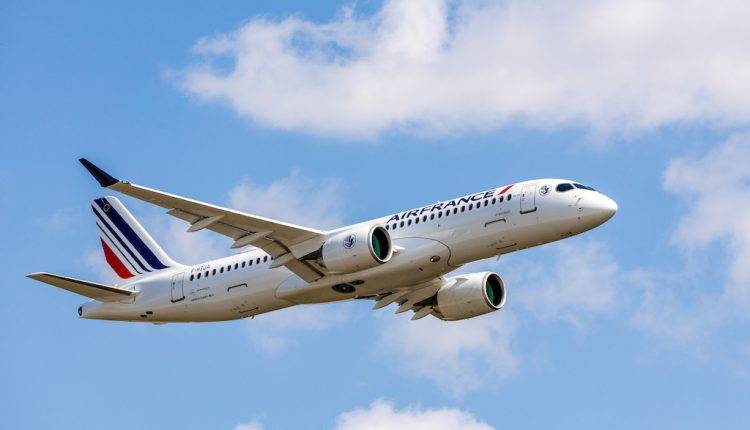 For the first time I wanted a flight to be delayed

Between 20-22 June 2022, at the invitation of the European Commission's Directorate-General for Mobility and Transport (DG MOVE), I participated in the World ATM Congress, which took place in Madrid. I accepted the flights Bucharest - Amsterdam (KLM); Amsterdam - Madrid (Air Europa) and Madrid - Paris - Bucharest, both segments with Air France.

Presentation of an Air France A220

My passport helped me gain time

I had no problems in the shower. The flights evolved on time, with a margin of 15-20 minutes delay. In Bucharest, I quickly went through the queues at check-in and luggage control. In less than 45 minutes we were already at the boarding gate. In Amsterdam, I had to hurry to catch up, even though I had 2 hours. Thanks to my passport, I didn't have to stand in endless queues at the document control offices in Bucharest or Amsterdam. I went straight to the automatic gates and even gained valuable time.

But the return was full of emotions and adventures. The stopover in Paris was an hour long, information that gave me emotions anyway, knowing the madness of the airports. And to make things even more fun, the aircraft that made the flight Paris - Madrid left with a significant delay from Paris, a delay that persisted and even increased on the return flight Madrid - Paris. I landed in Paris CDG at the time I already had to take off for Bucharest. I was resigned to the idea that I would miss the connecting flight, and I was reconciled to the idea that I would spend a night in Paris.

I wanted the flight to be delayed

I received accommodation, food vouchers and re-routing on another flight

Seeing this, I headed to an information desk inside the terminal. I showed the problem with the delayed flight from Madrid and in theory I could not catch the connecting flight, at which point I requested the appropriate ones. Without scandal, even with a good word and a joke, I received accommodation at the hotel, I received a voucher for food and re-routing on the nearest Air France flight to Bucharest, which was the next morning. As I said on other occasions, keep calm and look for solutions. What could I do in this case? To argue? With whom?

Finally, the matter solved and with the documents received, I started walking through the airport and I still looked for the gate from where, in theory, the plane had left Bucharest. I find the gate, but I don't pay attention. I was fascinated by the view from the terminal on the runways of the airport. Talking on the phone with a good friend, he informs me that the plane from Bucharest did not take off, at which point I return to the boarding gate and find the staff still present. I tell them that I am looking for the flight from Bucharest, and the lady confirms to me that the plane is still on the bellows. He does my boarding formalities and that's how I get on the plane last.

My wish was fulfilled!

But surprise, the plane was already an hour late when I boarded it and still showed no signs of taking off. It was the moment when I was happy because the plane was late and it didn't matter that I stayed another hour until takeoff. I arrived in Bucharest two hours late, which didn't matter anymore. I was at home with my family and children!

And no, we weren't eligible for compensation. If the delay was more than three hours, then we would also request the monetary rights, amounting to 450 EURO for such a flight.

From this experience we learned how important it is to be calm, to communicate and to find solutions in crisis situations. It matters to know each other air passenger rights and ask for them when we are justified. It is very important to believe in our chance and not to lose hope even when everything seems lost. It was a happy ending experience!