On 6 November 2018, the new Airbus A330-800 MSN1888 took off for the first time. The aircraft successfully operated the first flight, with commander François Barre and co-pilot Malcom Ridley on hand.

Engineers for the test flights were not missing: Ludovic Girard, Catherine Schneider and Jose Angel Corugedo Bermejo. The flight duration was 4 hours and 4 minutes. He took off at 10: 31 and landed at Toulouse around 14: 35.

The test schedule of the new A330-800 will cover approximately 300 flight hours, and certification will be done in 2019. Big brother, A330-900, completed the testing period and obtained the type certification.

Airbus A330-800 is the second member of the A330neo family and the youngest. He joins his older brother, A330-900. The latter will shortly enter the commercial service with TAP Air Portugal.

Airbus A330-800 and Airbus A330-900 are similar in proportion to 99%, maybe just the fuselage length makes the difference between them. They are built around new technologies, some taken from the A350 XWB. A330neo and A350 XWB have common classification, which facilitates the transition of pilots from one model to another. 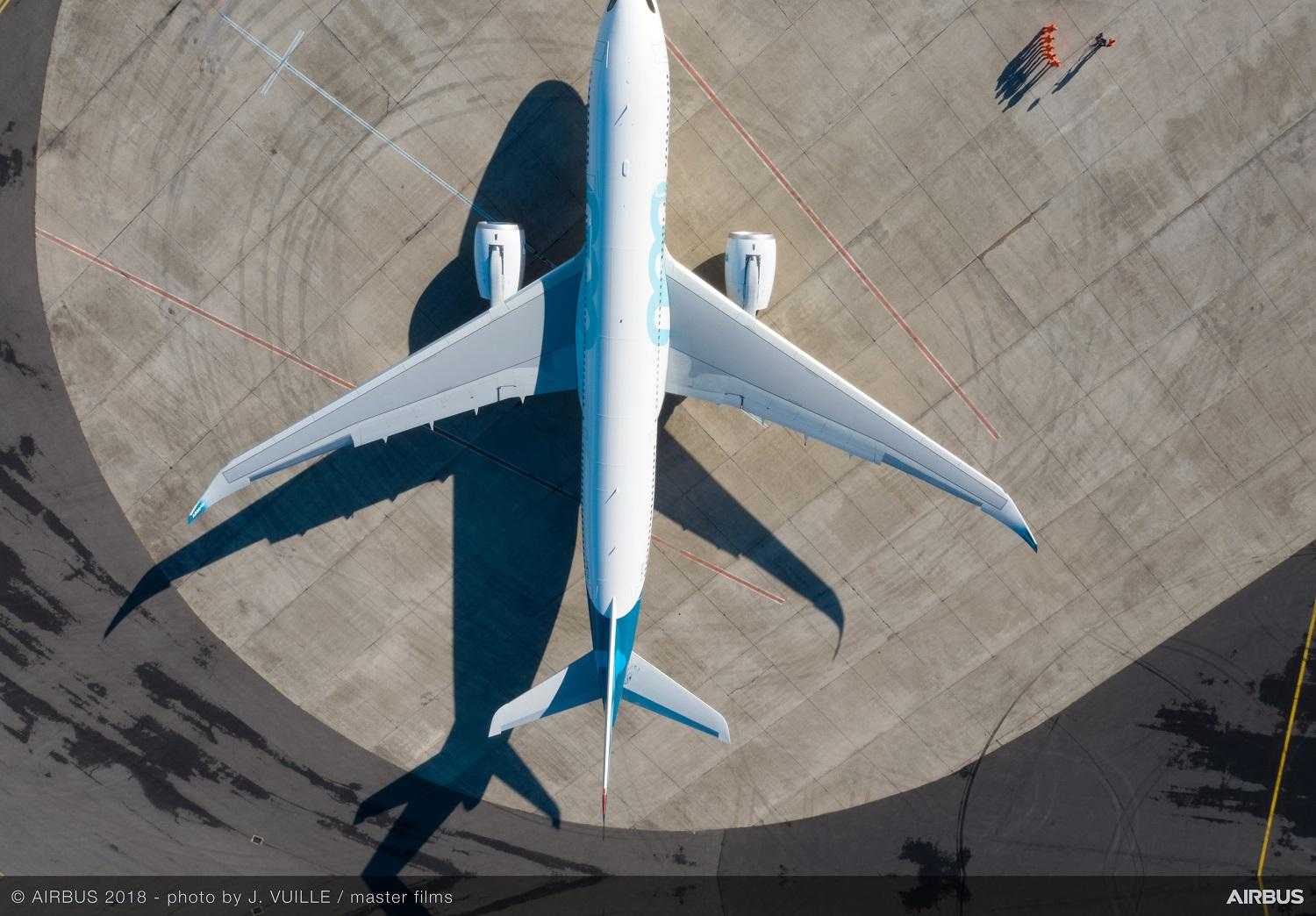 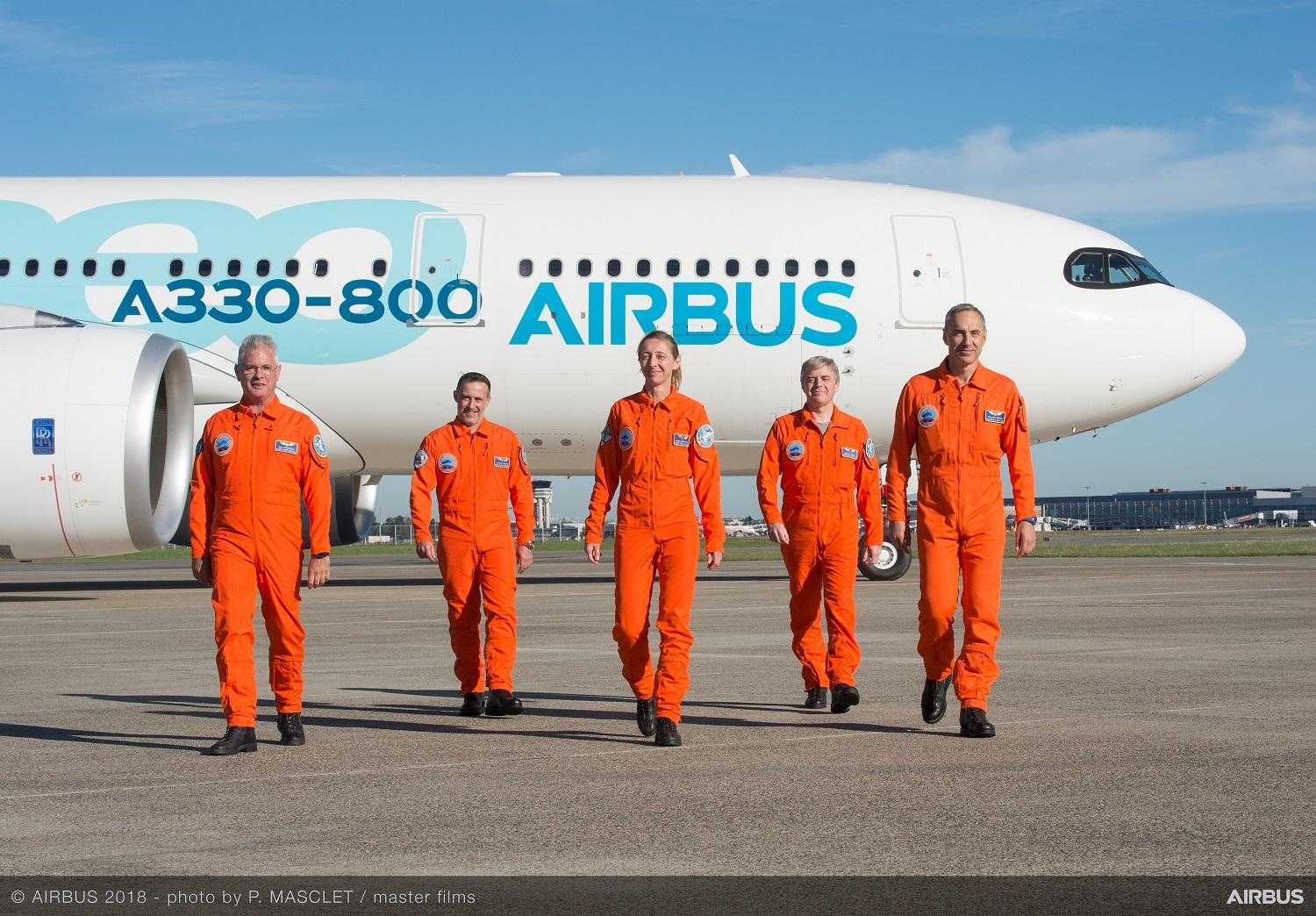 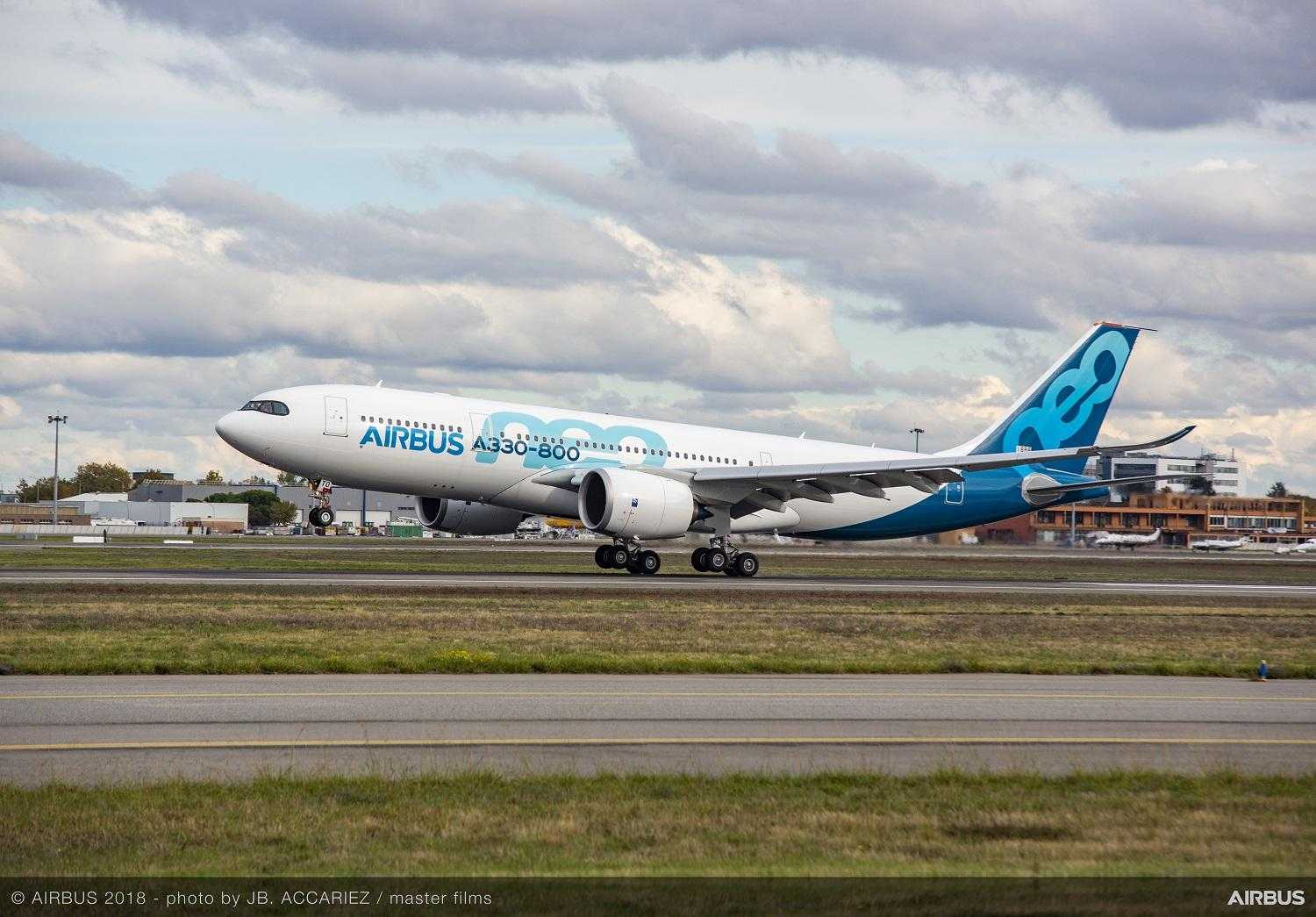 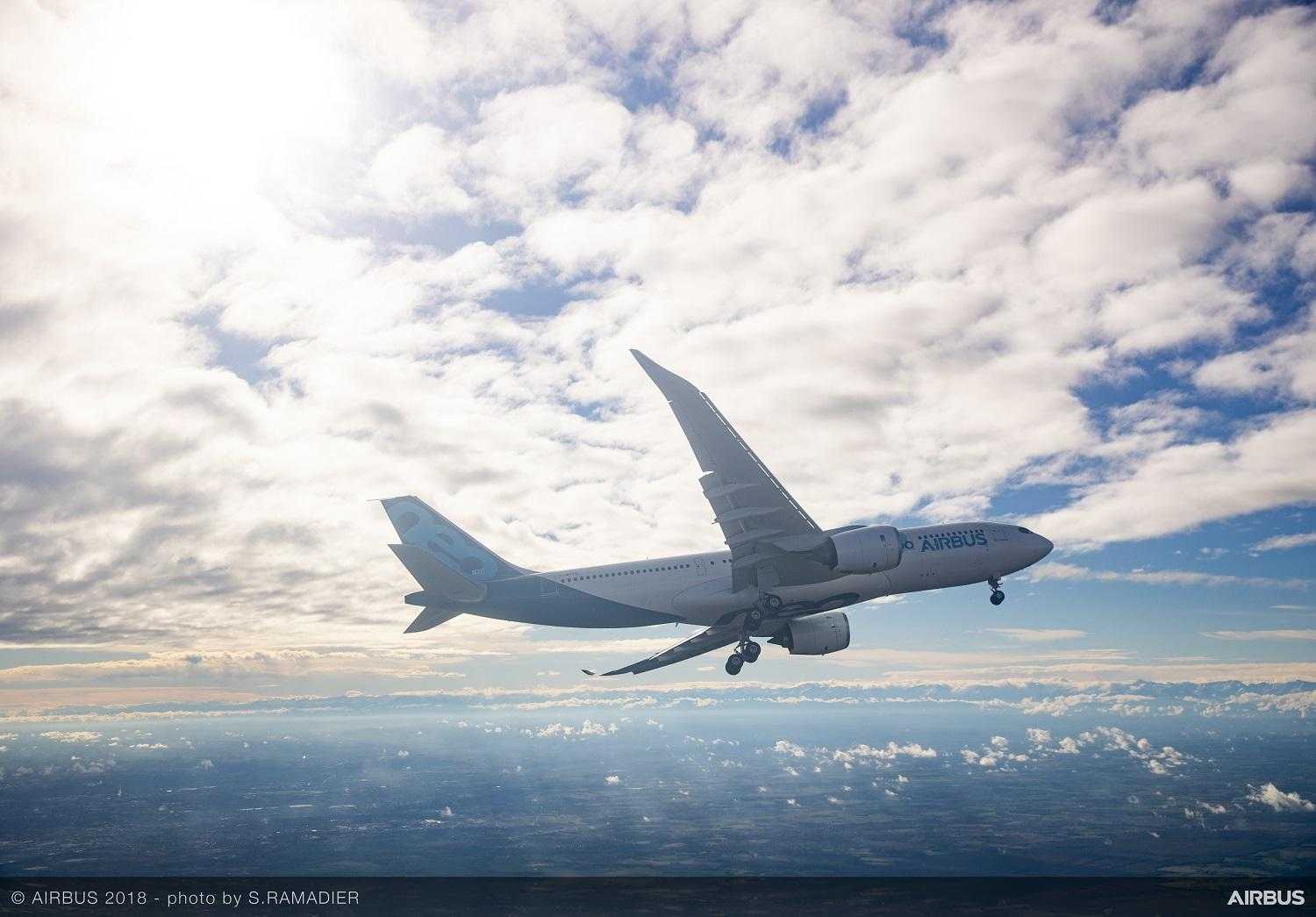 At the end of September, Airbus had orders for 224 of A330neo aircraft from 14 customers. Soon, new orders will be registered by Airbus.