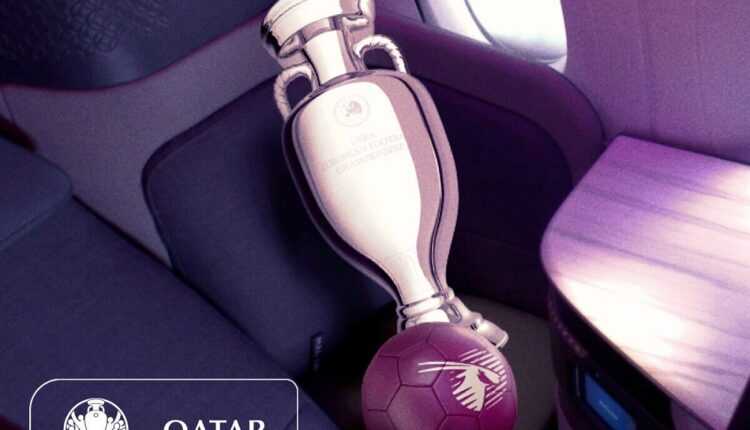 Qatar Airways is proud to announce that it will join the Union of European Football Associations (UEFA) as a partner of EURO 2020, the national carrier of the state of Qatar will be the official airline of the tournament which will take place between 11 June and 11 July 2021.

The 16th edition of the European Football Championship will take place with 24 teams, and the matches will be played in 12 host cities, including Amsterdam, Baku, Bilbao, Bucharest, Budapest, Copenhagen, Dublin, Glasgow, London, Munich, Rome and St. Petersburg. Wembley Stadium will host the final in London on July 11, 2021.

Qatar Airways will serve all host cities, either directly or through partner airlines. In addition, the Qatar Airways brand will appear prominently on all digital platforms and stadiums that will host the 51 matches during the football tournament.

Qatar Airways recently became the first airline in the world to obtain a 5-star Skytrax in safe COVID-19.

This follows HIA's recent success as the first airport in the Middle East and Asia to receive a 5-star Skytrax for COVID-19 virus security. These recognitions assure passengers around the world that the health and safety standards of airlines are subject to the highest possible standards of professional control and assessment.

A multi-award-winning airline, Qatar Airways has been named "The best airline in the world" by the World Airline Awards 2019, administered by Skytrax.

It is the only airline to receive the coveted award  "Skytrax Airline of the Year", recognized five times as the pinnacle of excellence in the airline industry.